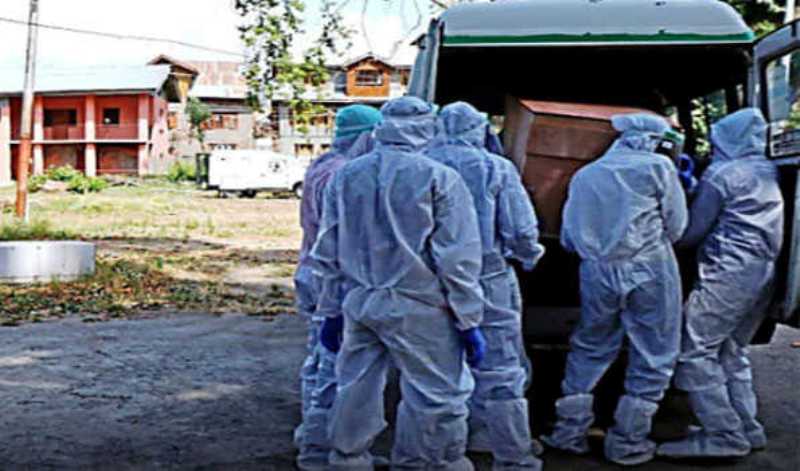 J&K: Seven including a CRPF jawan succumb to COVID-19, death toll mounts to 195

Srinagar/UNI: Seven persons died of COVID-19, taking the death toll due to the infection in the Union Territory of Jammu and Kashmir to 195, official sources said on Tuesday.

The dead comprised a CRPF jawan, five patients from Kashmir and one from Jammu,

A 35-year-old jawan of 66th battalion of CRPF died at SHMS hospital on Monday. The test result of the patient, who was suffering from pneumonia and high fever, came positive on Tuesday.

This is the second death of a CRPF jawan due to Coronavirus in less than 24 hours and third so far in the valley. The CRPF jawan was cremated in Srinagar on Tuesday, the sources said.

With these fatalities, the death toll due to the virus has risen to 37 in Baramulla, which stands at number two. Srinagar is the worst affected district in J&K in terms of causalities with 46 deaths due to COVID-19. Ganderbal district recorded fourth death due to COVID-19 on July 12.

As many as 48 patients -- including 10 persons from Baramulla, 12 from Srinagar, six from Kulgam, three from Anantnag, Kupwara and Budgam, Jammu region, two each from Shopian and Ganderbal, one patient each from Pulwama, Bandipora and a BSF jawan -- died due to COVID-19 last week.

As many as 41 people -- including nine from Srinagar, 10 from Baramulla, five each from Anantnag, three from Kulgam, Budgam and Shopian, two each from Kupwara and Bandipora, one each from Jammu and Ganderbal -- died between June 29 and July 5.