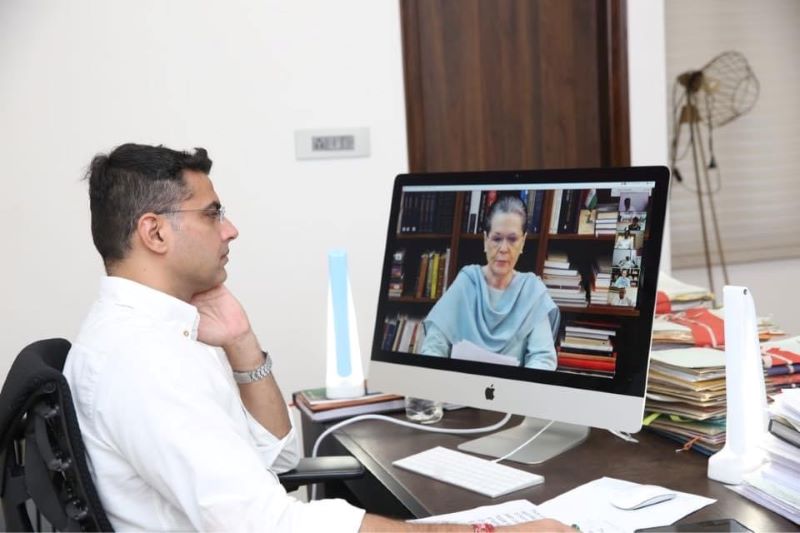 Jaipur/IBNS: The Congress in Rajasthan on Tuesday sacked Deputy Chief Minister and state unit chief Sachin Pilot from his positions after the rebel lawmaker skipped the meeting of party MLAs for the second time.

"Sachin Pilot and some of the partymen got motivated by the BJP's conspiracy to destabilise the Congress government," Congress leader Randeep Singh Surjewala said in a media briefing following the meeting of all MLAs chaired by Rajasthan CM Ashok Gehlot.

Though Gehlot posed confident over keeping his flock together, Pilot claimed the backing of around 17 MLAs.

If Pilot and the 17 MLAs indeed leave the Congress, the Rajasthan government would certainly turn "minority" replicating the political situation that had developed earlier this year in Madhya Pradesh.

"Losing Sachin may not threaten the government in Rajasthan, but it will be a big national political wound for the Congress. Filling this wound in near future will be difficult," Bhandari told India Blooms.

"BJP should keep an arm's length from the crisis in Congress. It has a very strong political unit in Rajasthan. Haste should not lead to miscalculated political adventurism," Bhandari said.