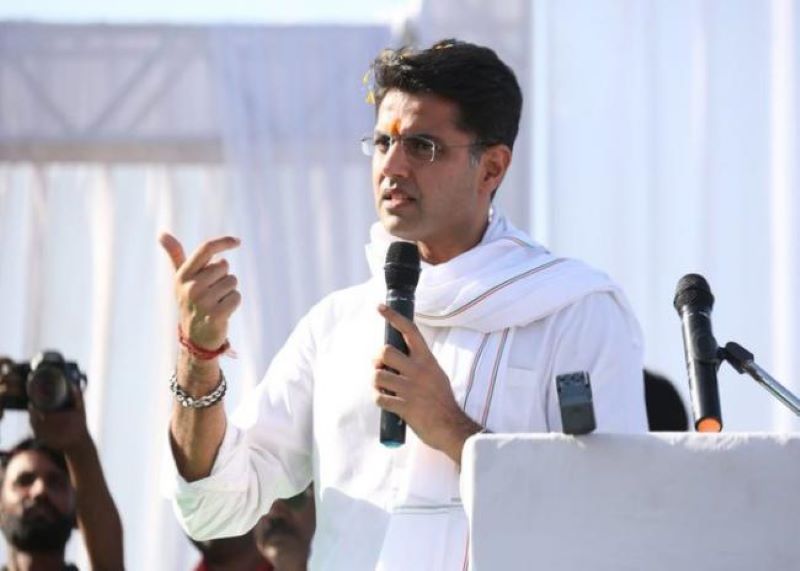 New Delhi/Jaipur/IBNS: The Congress on Monday expressed confidence in remaining its flock together in Rajasthan at a time the state's Deputy Chief Minister, Sachin Pilot, claimed to have the support of 30 MLAs, turning rebel against CM Ashok Gehlot.

Acknowledging an infighting within the party, Congress spokesperson Randeep Surjewala told a press conference, "Conflicts do happen in a family. It will be solved within the family only. The solution won't be available somewhere else."

"If someone goes to another party, it will be a loss for him as well as the party. I am sure he won't take that route," Surjewala said without taking the name of Pilot.

Attacking the saffron party, which was dethroned in 2018 state polls, for allegedly resorting to poaching Congress MLAs, Surjewala said, "Congress government in Rajasthan is intact. It has the majority. It will complete its five-year term.

"No matter how much BJP conspires against us with the help of investigating agencies, they won't be benefitted."

Though Pilot claimed to have the support of 30 MLAs whose resignation can turn the Congress government a "minority" in the desert state, at least 97 of 107 elected lawmakers reached Gehlot's house for a meeting.

Allegedly, Pilot has been in talks with BJP since last March for a takeover in Rajasthan and had been working in tandem with Jyotiraditya Scinda who eventually toppled the Kamal Nath-led Congress government in Madhya Pradesh.

"Nobody wants to leave his home, but can't continue to put up with this kind of humiliation; my MLAs and supporters are extremely hurt and I will have to listen to them,' he told me on the phone earlier this evening," senior journalist and political analyst Javed Ansari wrote in his blog.

Pilot, who is the Rajasthan Congress president, was the architect of Congress' victory in the 2018 assembly elections but Gehlot was offered the CM's post by the Congress top brass.

In one of the recent incidents, Pilot had publicly differed with Gehlot's response towards the deaths of children at government hospitals.

Gehlot had sparked a controversy by pointing out that the deaths of children in the state declined in comparison to the previous year even as more than 100 infants died at Kota hospital.

Slamming the CM, Pilot had said, "We should have been more compassionate. We should not point out fingers at the previous government as we are voted to power."

"Getting into data over deaths of children is not acceptable. Someone must be held accountable," the Deputy Chief Minister said.