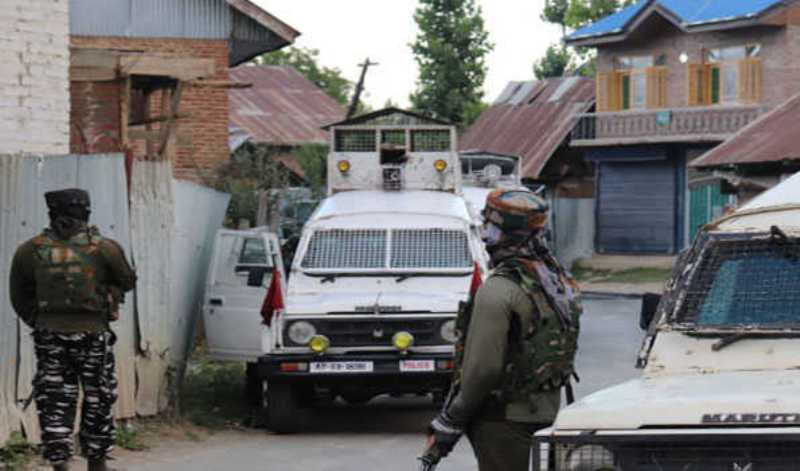 Baramullla/UNI: Three militants were killed in an encounter which ensued after security forces launched a Cordon and Search Operation (CASO) in the apple township of Sopore in this north Kashmir district on Sunday.

Meanwhile, mobile internet service has been suspended in Sopore as a precautionary measure to prevent rumours.

Defence Ministry spokesperson Colonel Rajesh Kalia told UNI that following specific information about presence of militants, a joint CASO was launched by Special Operations Group (SOG) of Jammu and Kashmir, CRPF and Rashtriya Rifles (RR) at Rebban, about 2 km from main Sopore town, in the wee hours of Sunday.

However, he said when the security forces were moving towards a particular area, militants there, opened indiscriminate fire with automatic weapons. 'The security forces retaliated ensuing in an encounter,' he said, adding a militant was killed in the exchange of fire in the morning.

He said two more militants were killed later in the afternoon. 'The bodies of the militants were recovered under the debris of the house, where the ultras were hiding,' the sources said.

They said the identity of all the militants is being ascertained. 'The operation was still going on when the reports last came in,' they said.

The sources said all the residents in the nearby houses were rescued and taken to safer places.

Additional security forces and police personnel have been deployed in the adjacent areas to prevent any law and order.