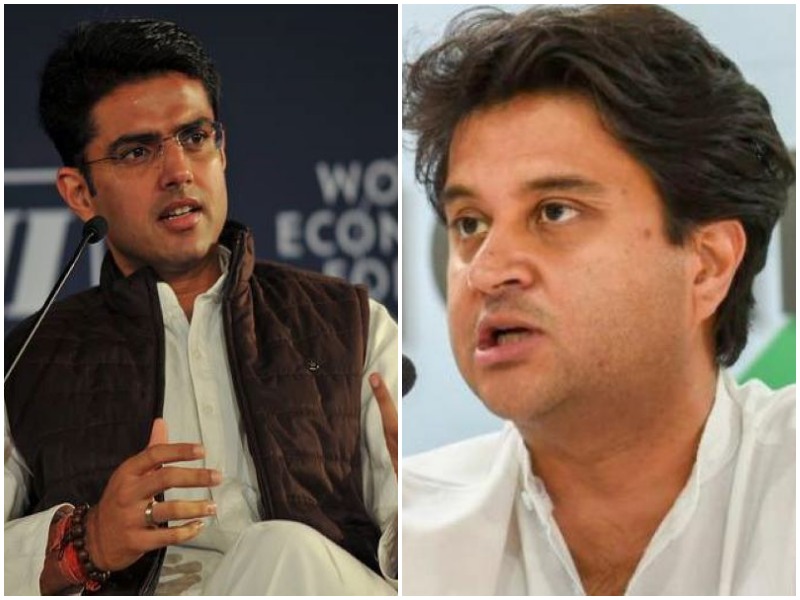 Targeting the Congress, he said the incident shows talent and capability find little credence in the party.

"Sad to see my erstwhile colleague, @SachinPilot too, being sidelined and persecuted by Rajasthan CM, @ashokgehlot51 . Shows that talent and capability find little credence in the @INCIndia," he tweeted.

The crisis in Rajasthan Congress government has deepened after Sachin Pilot, who shares a strained relationship with Chief Minister Ashok Gehlot over leadership issues, reached Delhi with the support of 16 Congress MLAs and three Independents and is said to be in talks with the BJP top brass. Pilot's exit from Congress is also almost certain after a notice was served on Friday last to him to appear for questioning in an investigation into alleged attempts to destabilize his own government, media reports said.

The Rajasthan Special Operations Group summoned Pilot to appear for questioning in an investigation that was launched during the Rajya Sabha election for three seats in June, when Chief Minister Ashok Gehlot accused the BJP of poaching Congress MLAs.

According to reports, the investigation was initiated after tapped phone conversations between two BJP leaders surfaced during the period based on which allegations were laid that the saffron league was trying to topple the Congress government in Rajasthan.

Following the findings, the two BJP MLAs were arrested, after which the level of discord between Pilot and Gehlot reached an extreme.

With this, the rift was laid exposed and Pilot reached Delhi with his MLAs declaring an open challenge to Chief Minister Ashok Gehlot.

Meanwhile, Congress high command has conveyed its displeasure to Gehlot over issuing orders to question Sachin Pilot, reported NDTV.  It also said that the high command has also spoken to Pilot about all issues and concerns.

Damages done, the irate Sachin Pilot loyalists allegd that the Congress leadership didn't do anything to stop the treatment meted out to him.

Dismissing the allegations that he was targetting Pilot, Gehlot said he was also summoned for questioning in the investigation and so was Rajasthan Congress chief whip and it was their duty to cooperate. At the same time he also maintained that BJP was offering Rs15 crore to each MLA to switch allegiance.

The Congress holds 107 seats in the 200-member Rajasthan Assembly and has support from 12 independent candidates. It also enjoys support of five other MLAs of  the Rashtriya Lok Dal, the CPM and the Bharatiya Tribal Party - support Gehlot.