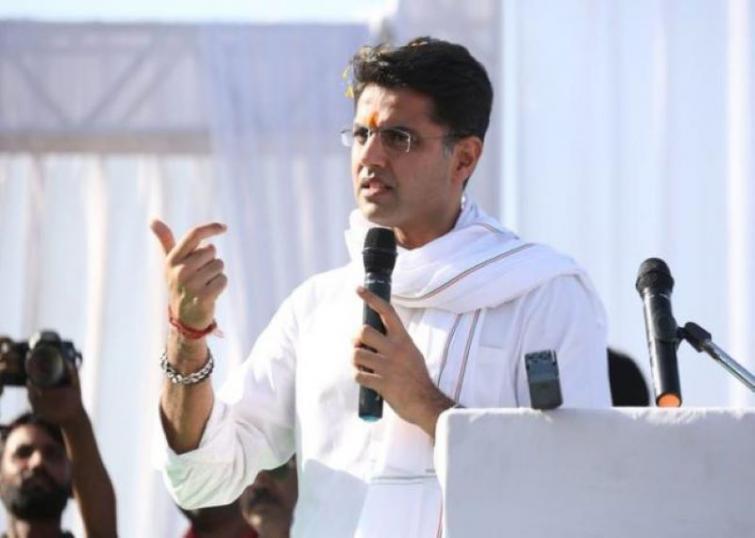 New Delhi/IBNS: The Congress party has landed into yet another crisis just three months after it lost Madhya Pradesh to the Bharatiya Janata Party (BJP) with Jyotiraditya Scindia along with his loyalists joining the saffron league.

This time the crisis has surfaced in Rajasthan with the state's Deputy Chief Minister Sachin Pilot, once a contender for the chief ministerial post, reaching Delhi with some of his loyalist MLAs.

According to reports, he may talk to the party leadership to resolve the crisis.

The party's top brass including interim President Sonia Gandhi and her son Rahul Gandhi have been briefed about the crisis.

Rajasthan CM Ashok Gehlot on Saturday alleged that the BJP is trying to topple his government by bribing the MLAs as they did in Madhya Pradesh.

He said that the BJP was offering Congress MLAs up to Rs 15 crore or "favours" to switch loyalties.

Rajasthan Congress Whip Mahesh Joshi has filed a complaint too with the Special Operations Group and the Anti-Corruption Bureau of Rajasthan Police.

Sachin Pilot was a key contender for the post of Chief Minister after the Congress won the Assembly Elections in 2018. But the post was given to senior leader Ashok Gehlot and Pilot was made the Deputy CM.

Since then there have been open differences between the two leaders.

The Congress has 107 seats in the 200-member Rajasthan Assembly and is supported by 12 independent candidates. In addition, five MLAS from other parties -- the Rashtriya Lok Dal, the CPM and the Bharatiya Tribal Party - support the Gehlot-government.

Last year, owing to the discord between two factions in Madhya Pradesh, the  Kamal-Nath government collapsed after Scindia along with 22 MLAs switched sides.