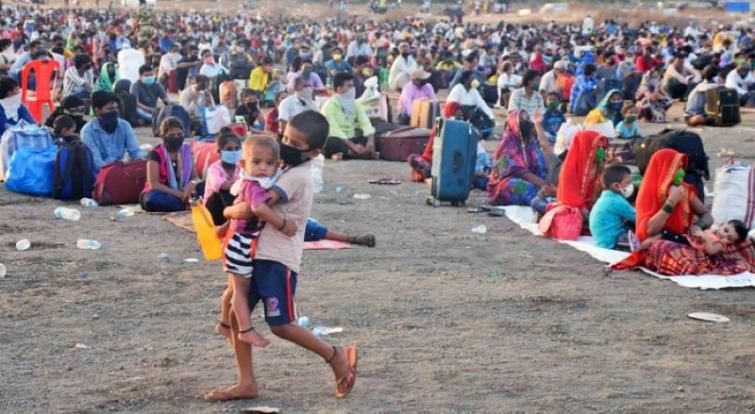 Thane/UNI: National vice-president of the BJP and Rajya Sabha MP Dr Vinay Sahasrabuddhe has raised the issue of re-imposition of lockdown and general atmosphere of confusion among the public and sought measures to overcome the current Covid-19 situation.

In a letter addressed to Chief Minister Uddhav Thackeray on Saturday, he said that lockdown is being imposed for a few days from Sunday/Monday.

"While we all share the concern of the government with regards to the urgent need of preventing the spread of Covid-19, it is noteworthy that government leaders themselves have also expressed, in the recent past; the need to ‘Begin Again'," he said.

“There has been complete or partial lockdown like situation in Maharashtra, as in most states for over three months. This has caused serious damage to commercial activities, industrial production as well as to many professional service providers and others."

"In view of the ‘lockdown again’ policy being strictly implemented by the state government and local administration in cities like Thane, other cities around Mumbai and Pune, we bring it to your notice that people are expressing their anguish and frustration. Many believe that this re-lockdown within just a few days after the declaration of 'Begin Again' or 'Unlock-2', smacks of utter confusion at various levels of the administration," he noted.

He said it is believed that these are decisions taken arbitrarily and they can be described as a case of convenient safe-play. Not only traders and shopkeepers, but also many other professionals, industrialists, entrepreneurs and common citizens are also inconvenienced due to this ad hoc-ism and inconsistency.

"Many may face the further loss of livelihood and not just job-seekers but job givers will also be facing many more hardships! Not just poor and underprivileged but most middle classes, too, are facing challenges in making both ends meet!"

"In this backdrop, we urge the government to adopt the following five-point formulae based on the ‘Back to Routine, with Caution and Discipline’ principle. This would prevent unrest in the minds of the people from taking any ugly shape," he said.

Sahasrabuddhe has sought strict enforcement of personal distancing at all public places, and wearing of masks along with provisions of stringent fine.
Provisions should be made for further stringent punishment for repeat offenders.

He also sought a stringent rule to carry hand sanitizers whenever a person moves out of the home, stringent fine for violators.

Framing of strict rules for maintaining personal distance while using public and private vehicles, again with provisions for stringent fine.

In his letter, the BJP leader further said, “All kinds of shops should be allowed to operate as per routine in order to avoid crowding in limited hours. For big shops, where customers enter into the shop, strict adherence to the rules of personal distancing, masks and hand-wash."

Open-air plays an important role in preventing Covid-19 spread and hence public gardens, temples and open gyms should be allowed to operate with strict adherence to social distancing and wearing of masks.

He finally stated that “We do hope that you would take a serious note of the observations of people mentioned here and also take into account the suggestions given."