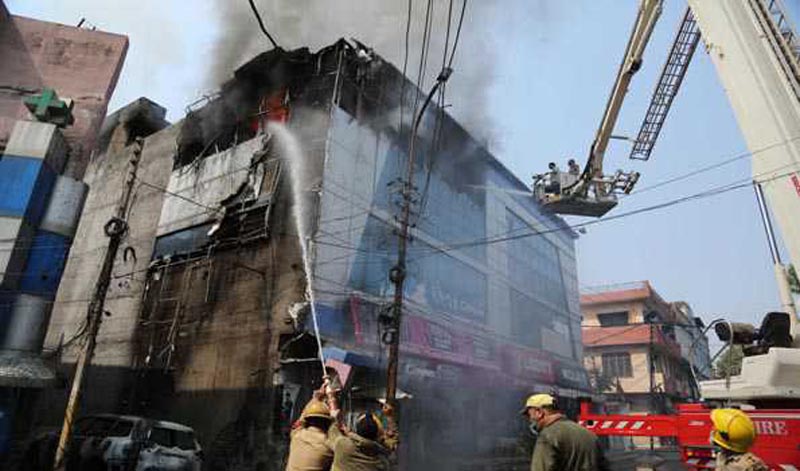 Jammu/UNI: The devastating fire that broke out in a shopping mall here at Bakshi Nagar area has been brought under control after almost a 5-hour long operation by police, firefighters and locals, an official here said.

A fire broke out in Vishal Mega Mart at Bakshi Nagar in Jammu West on Friday morning.

Police said that some locals on seeing smoke coming out of the building, informed them and a police party was dispatched from the nearby police station, which is just 200-300 metre away from the spot.

However, an official of the Fire and Emergency Services said, "We received information about the fire and immediately rushed six fire tenders to the spot including two from the City area and a sky lifter."

He added that more than 30 fire fighters were engaged to douse the flames which had spread to all the three floors.

"The operation is still on but the fire has been controlled after around five hours" he added.

With the help of sky lifters and water canons, flames were doused on the top floor, said the officer of Fire and Emergency Services.

Station House Officer, Police Station Bakshi Nagar, Manjit Singh said, "Initially short circuit is apprehended to be the cause of fire but the matter is being investigated."

He said that the fire is under control and damages are being assessed.

He however, said that no human injury is reported in the incident.