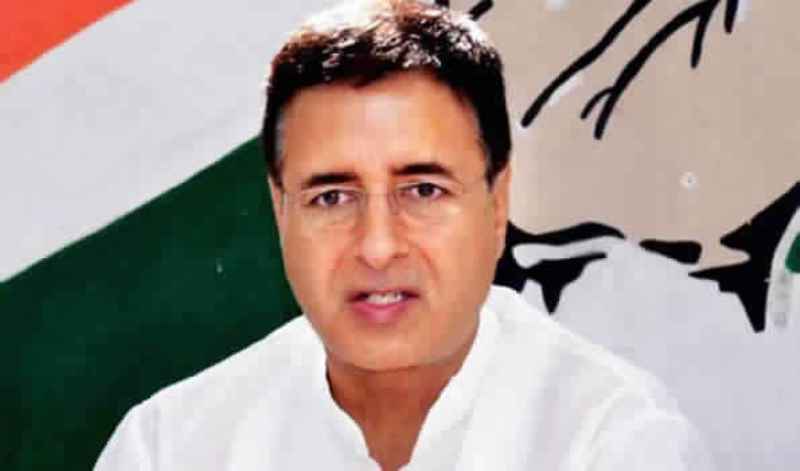 New Delhi/UNI: The Congress on Thursday sought an inquiry by the Central Bureau of Investigation into the gold smuggling case in Kerala, and its alleged link with the CPI-M government in the state and the BJP government at the Centre.

In a statement issued here, AICC media incharge Randeep Surjewala said, "the recent developments in Kerala have highlighted the brazen attitude and high-level access of certain individuals to the highest echelons of the CPI-M State Government in Kerala."

"It is also likely that the individuals involved could not have done what they did, vis-à-vis the audacious smuggling of gold under the watch of the authorities and using diplomatic cargo which enjoys diplomatic immunity, without the support or knowledge of those not just in the State Government but also in the Central Government," he said.

Calling for CBI probe, Surjewala said: "Given the magnitude of the criminal activity, the influential nature of those involved and the wide net of individuals across the Central and State Governments, it is only fitting that the investigation into the entire affair be handed over to the Central Bureau of Investigation."

Surjewala also demanded CBI probe in the alleged link of the case with the CPI -M government in the state and the BJP government at the Centre.

"The Indian National Congress demands a thorough enquiry by the CBI into the extent of this crime, individuals in the ruling parties i.e. the CPI-M at the State Level and the BJP at the Central Level who may have been involved in the orchestration of this offence and the presence of other such instances which have gone unnoticed, if any," he said.

On Sunday, customs officials had seized 30 kg of gold from diplomatic baggage bound for the United Arab Emirates consulate in Thiruvananthapuram district.

While Nair is in the custody of the customs department, Suresh is reportedly absconding. Officials valued the gold at Rs 15 crore.

Meanwhile, the UAE consulate has denied any knowledge of the smuggling operation and promised to cooperate with the investigation.

The Congress in Kerala on Wednesday wrote to Prime Minister Narendra Modi seeking an inquiry by the Central Bureau of Investigation into the case, and its alleged link with Chief Minister Pinarayi Vijayan’s top aide M Sivasankar.

Leader of the Opposition in the Kerala Assembly Ramesh Chennithala, in his letter to Modi, also sought a probe by the Enforcement Directorate.