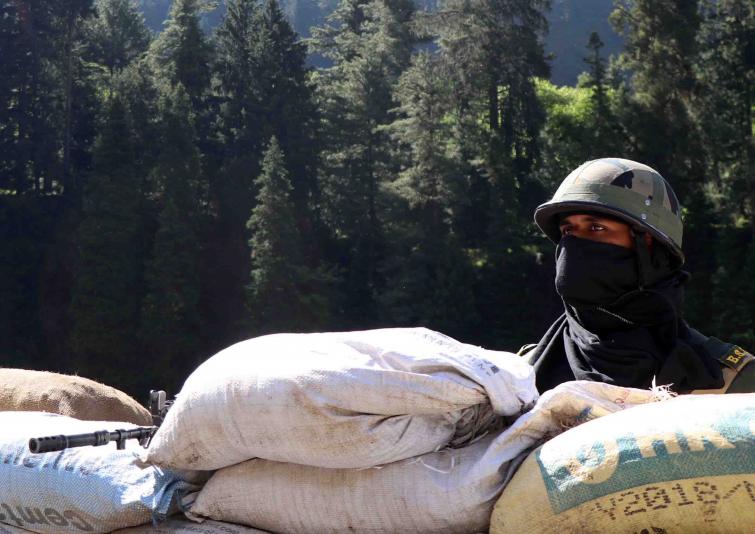 Srinagar/UNI:  Security forces on Tuesday busted a militant hideout and recovered cache of arms and ammunition near the Line of Control (LoC) in Uri sector in north Kashmir district of Baramulla.

An Army official said that following specific information, a search operation was launched by security forces near the LoC in Maidan Nala, Uri Sector on Tuesday afternoon.

He said three AK 56, two Pistols with magazines, besides other ammunition was recovered from the hideout.