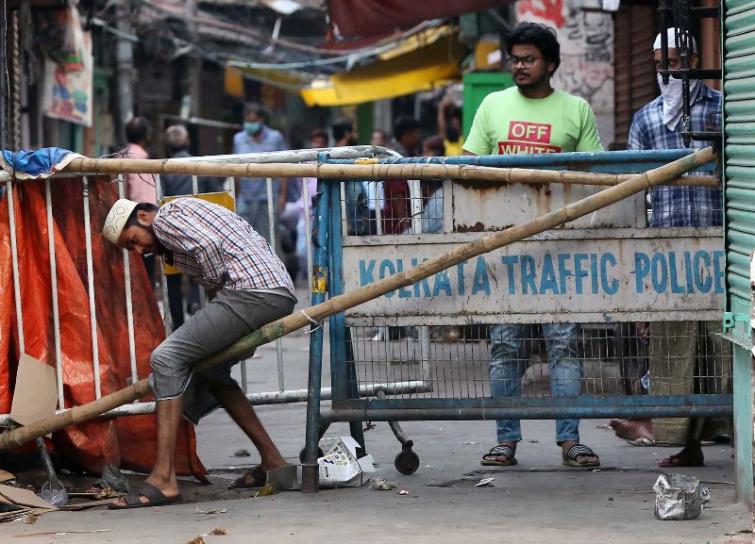 Kolkata/IBNS: At a time when West Bengal has been witnessing daily spike of over 800 Covid-19 cases, the state government on Tuesday announced to enforce strict lockdown again in all containment zones across the state from 5 pm. on Thursday (July 9) to contain the spread of infections, reports said.

Issuing a notification, Bengal government stated that all government and private offices, non-essential activities, all transportation, and all marketing, industrial and trading activities will remain closed in all containment areas.

The state government said that only essential activities and home delivery of commodities will be permitted in those areas.

"Residents of the containment zones may be exempted and prohibited from attending government and private offices: in fact, their ingress and egress may be strictly regulated," according to the state government order.

Earlier, West Bengal government had changed the definition of containment zones by dividing those into three parts- Affected zone, Buffer zone and Clean zone, and kept the lockdown enforced only in Containment-Affected zones.

Meanwhile, the state on Tuesday again changed the concept of containment zone while declaring to enforce lockdown once more.