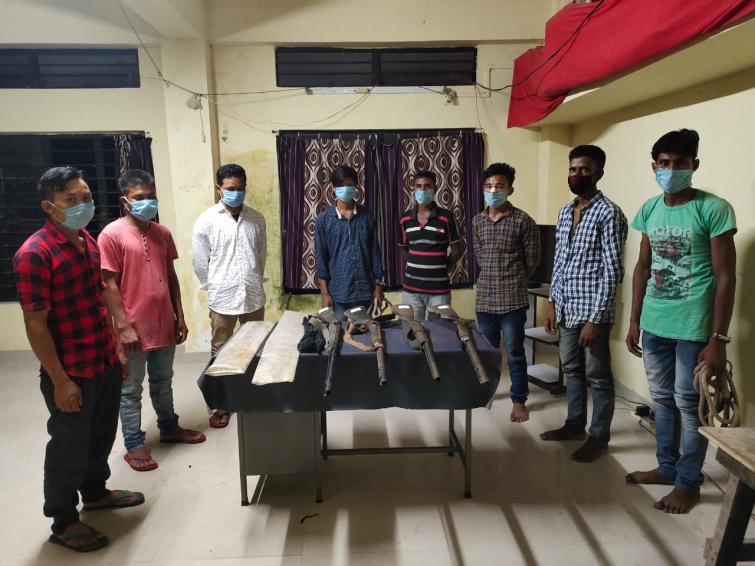 Guwahati/IBNS: Police have arrested eight poachers and recovered a huge cache of arms and ammunition in Assam’s Karbi Anglong district on Tuesday.

Based on intelligence input, Karbi Anglong district police conducted an operation in the areas under Rongmongwe police station in the hill district and arrested the poachers.

On the other hand, a top police official said that, the poacher gang was involved in several wild animals killing incidents.