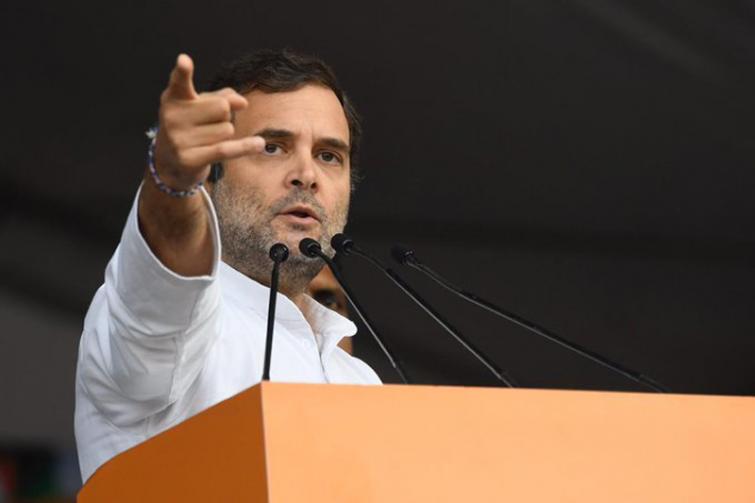 Why has Status Quo Ante not been insisted on? Rahul Gandhi asks govt over Galwan standoff

New Delhi/UNI: A day after the soldiers of the People’s Liberation Army (PLA) moved back from the standoff points in the Galwan area and near Pangong Tso following talks between National Security Advisor Ajit Doval and Chinese foreign minister Wang Yi, Congress leader Rahul Gandhi on Tuesday alleged that Status Quo Ante had not been insisted on and that China was allowed to justify the murder of 20 unarmed jawans in Indian territory.

In a post on social media, Rahul said, ''National interest is paramount. GOI’s duty is to protect it.

"Then, 1. Why has Status Quo Ante not been insisted on? 2. Why is China allowed to justify the murder of 20 unarmed jawans in our territory? 3. Why is there no mention of the territorial sovereignty of Galwan valley?”

Rahul posted on his Twitter account two photographs of the statements issued by India and China after Sunday’s talk between Doval and Wang.

The comments by Rahul came a day after China decided to disengage from the Galwan area and near Pangong Tso.

National Security Advisor Doval had spoken with Chinese foreign minister Mr Wang over video call on Sunday before soldiers of the People’s Liberation Army (PLA) moved back from the standoff points in the Galwan area and near Pangong Tso.

A statement by the External affairs ministry on Monday said that Doval and Wang, the two special representatives on the boundary issue, had "a frank and in-depth exchange of views on the recent developments in the Western Sector of the India-China border areas."

Congress and Rahul Gandhi have been constantly attacking the government on the India-China border standoff and have accused the NDA government of failing to prevent the Chinese incursion on Indian territory.