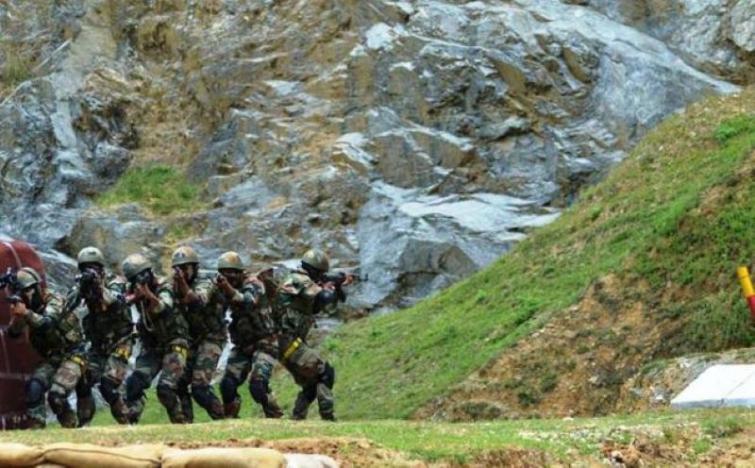 Srinagar/UNI: A militant was killed and three security force personnel were injured in an encounter which ensued after security forces launched a Cordon and Search Operation (CASO) in south Kashmir district of Pulwama on Tuesday.

Meanwhile, mobile internet services have been suspended in the district as a precautionary measure.

Official sources said that following a specific information about presence of militants, a joint CASO was launched by Special Operations Group (SOG) of J&K police, Army and CRPF at Gosu in Pulwama early on Tuesday morning.

However, they said when security forces were moving towards a particular area, militants hiding there, fired at them with automatic weapons. "The security forces retaliated, ensuing in an encounter," they said.

They said a militant was killed and three security personnel, including two Army soldiers and a policeman, were injured in the initial exchange of fire.

"The injured were rushed to Army’s 92 base hospital," they said.

Earlier, it was reported that a soldier succumbed to his injuries at Army’s 92 base hospital. But, Inspector General of Police (IGP), Kashmir, Vijay Kumar said that no soldier has been killed in the encounter.

“Two Army jawans and a policeman have been injured in the exchange of fire,” he added.

Sources said two to three militants are reportedly trapped in the area. “Mobile internet services have been suspended for security reasons in the district," they said.

They said additional security forces have been deployed in the adjoining area to prevent protests.