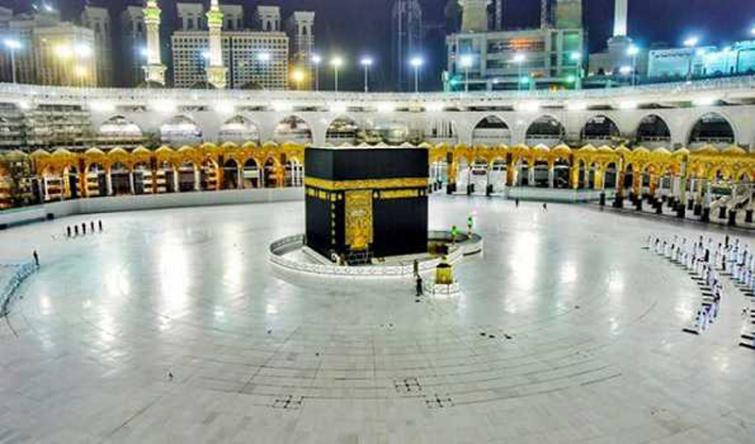 Dhaka/UNI:  Touching the Kaaba will be banned during this year's Hajj, as per health protocols issued by Saudi National Center for Disease Prevention and Control to prevent spread of COVID-19.

Bangladesh Ministry of Religious Affairs, in a statement issued here on Monday, said gatherings and meetings between pilgrims have also been prohibited during the pilgrimage.

A social distancing space of a meter and a half between each pilgrim during the rituals including mass prayers and while circling the Kaaba area will be imposed, the statement read.

Saudi decided in June to limit the number of domestic pilgrims attending the Hajj to around 1,000 to prevent the spread of the coronavirus, after barring Muslims abroad from the rite for the first year in modern times.

Also, access to holy Hajj sites at Mona, Muzdalifah and Arafat will be limited to those with Hajj permits starting from Sunday July 19 until August 2, 2020, and wearing masks all the time will be mandatory for both pilgrims and organisers.

The World Health Organisation has backed the decision of Saudi Arabia to drastically limit this year’s Hajj pilgrimage.

WHO chief Tedros Ghebreyesus said there were major questions about how to hold large gatherings safely as countries start to ease some restrictions and reopen their economies.