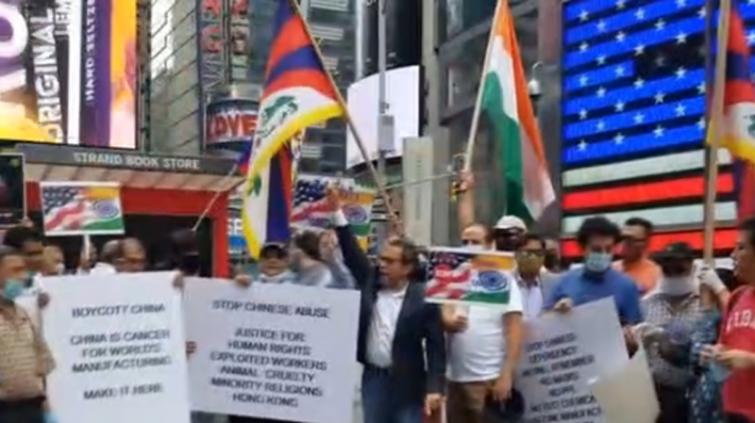 New York: A large number of Indian-Americans assembled at the iconic  Times Square in New York where they protested against China on Saturday.

The protesters demanded economic boycott and diplomatic isolation of China amid recent aggressive stance taken by Beijing against India.

Indians living in New York and New Jersey states along with the officials of the diaspora organisation -- Federation of Indian Associations (FIA) reportedly participated in the event.

Joining the protest, members of the Tibetan and Taiwanese community raised voices against China.

Relationship between India and China has touched a new low in recent times.

At least 20 Indian soldiers were killed during the violent standoff between the security personnel of the two neighbouring nation at the Galwan Valley last week.