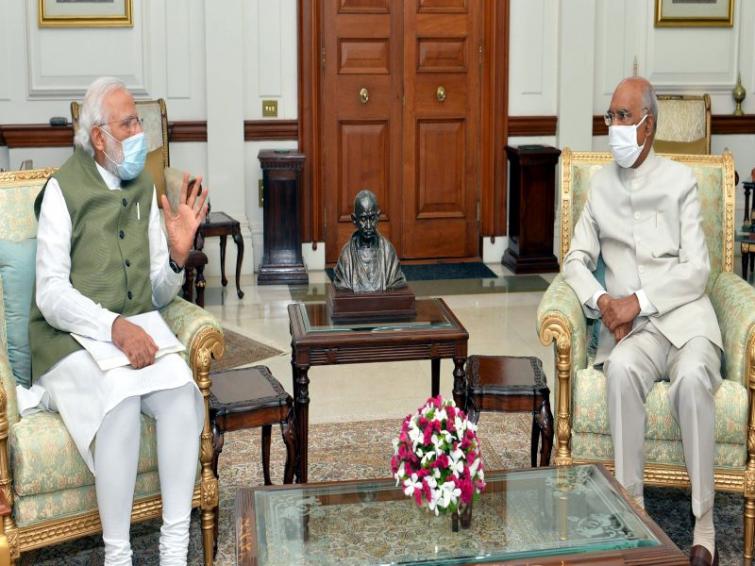 PM calls on President Kovind, briefs him on LAC situation

Sources in Rashtrapati Bhavan said Mr Modi apprised the President of the recent issues of national and international importance.

Mr Modi, who visited Leh on Saturday after a violent face-off between Indian and Chinese soldiers in the Galwan Valley of Ladakh, is believed to have briefed the President on the ongoing tense situation between the two countries on the Line of Actual Control (LAC).