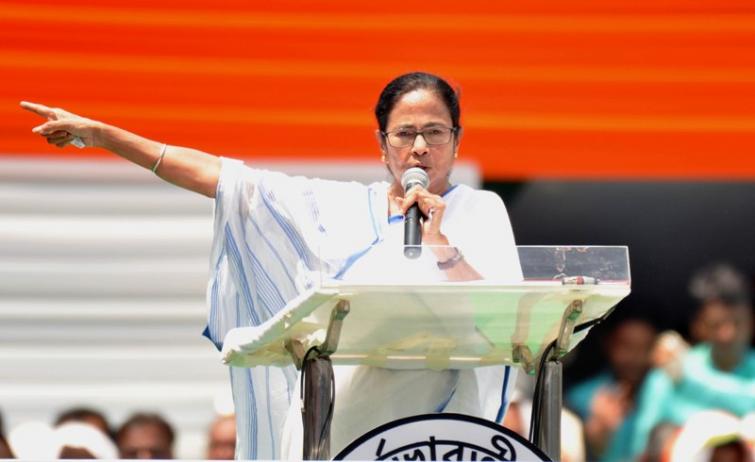 Kolkata/IBNS: The last Martyr's Day rally of the ruling Trinamool Congress (TMC) in West Bengal before the 2021 state polls will go digital owing to the Covid-19 situation.

TMC chief Mamata Banerjee, who also happens to be the West Bengal Chief Minister, has instructed her party workers to pay tribute to the martyrs, who were killed in a firing on Jul 21, 1993, at their own booths.

The booth workers will pay their tributes to the martyrs at 1 pm on Jul 21 this year and will get to hear Mamata's virtual address an hour later on the same day.

"All booth workers will assemble to pay their respect at 1 pm. I will be addressing the workers at 2 pm," said Mamata.

The TMC organises the Martyr's Day rally (which is called Shahid Diwas in Bengali) in remembrance of 13 people who had died in a shooting by police during a rally by the West Bengal Youth Congress-led by Mamata on Jul 21, 1993.

Mamata, who was then a Congress leader, had led the rally demanding voter's identity card as the required document for voting during the Left era.

The Bharatiya Janata Party (BJP), which is apparently Mamata's prime opposition in the state now, has already taken a dig at the TMC's virtual rally.

BJP MP Locket Chatterjee has recently told media, "How will the TMC organise the rally? She (Mamata Banerjee) knows no one will come to attend her rally now."

Mamata, who became the CM in 2011 ousting the then mighty Left, is eyeing a third-term in power but facing serious challenges from the BJP, which had bagged 18 seats in the 2019 General Elections.

However within six months since getting its Lok Sabha seats reduced from 34 to 22 in 2019, the TMC turned around to win three by-elections dashing the BJP's hope to continue its winning momentum.