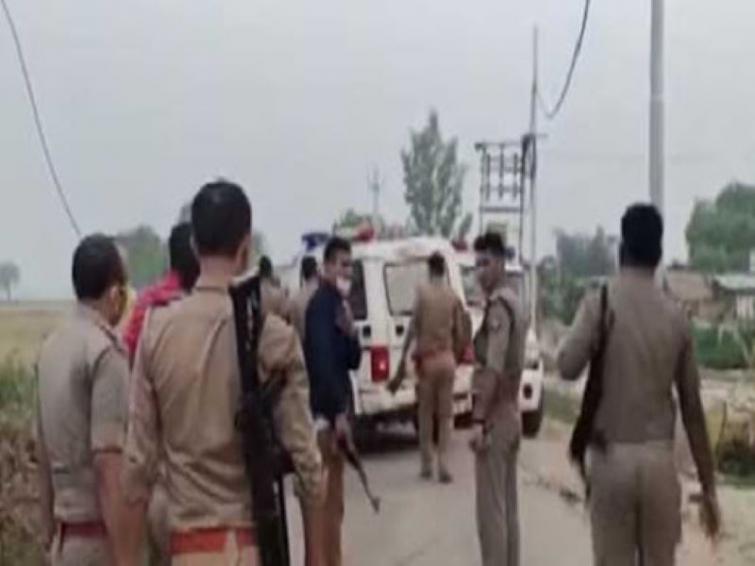 UP administration demolishes house of absconding gangster Vikas Dubey who killed 8 cops; Mother tells police to kill him in encounter

Kanpur/IBNS: Kanpur district administration on Saturday demolished the house of fugitive gangster Vikas Dubey who along with his accomplices gunned down eight policemen when they went to arrest him in Bikaru village under Chaubeypur Police Station area in Kanpur, media reports said.

The demolition was done in the presence of Uttar Pradesh police.

There are around 60 cases of murder and kidnapping pending against the criminal, including one in which he had killed BJP leader and the then minister Santosh Shukla inside Shibli police station back in 2001.

The notorious criminal remains missing after 36 hours of the failed arrest bid by the Uttar Pradesh Police yesterday.

Mohit Agarwal, Inspector General (Kanpur Range) told news agency ANI that  the situation would have been different had the SHO not fled the encounter site and faced the criminals.

The police are zeroing in on the people who could be sheltering or helping the gangster evade police arrest.

As there is a possibility that the gangster may surrender in the court, reports said police are trying to nab him before it.

A cash reward of Rs 50,000 has been declared for any information about the whereabouts of Vikas Dubey, said an NDTV report.

Ten police teams, including a couple of STF, were engaged in tracing out the wanted criminal and his accomplices who escaped after killing the policemen.

A UNI report said yesterday that the criminals could have fled to adjoining districts of Unnao or Farrukhabad, where an alert has been sounded.

The criminals attacked the policemen, who were on foot and went to arrest the gangster said to have strong political connections. The criminals had preplanned the ambush and had blocked the road leading to the village.

Meanwhile, the mother of the absconding criminal, Sarala Devi, said he should surrender himself in front of police or the police should kill him if they find him, adding that what he has done is grossly wrong and his deeds have brought a bad name to the family, news agency ANI reported.

She is staying with her younger son in Lucknow and said she has not met Vikas Dubey in the last four months, and added that they were facing problems because of him.