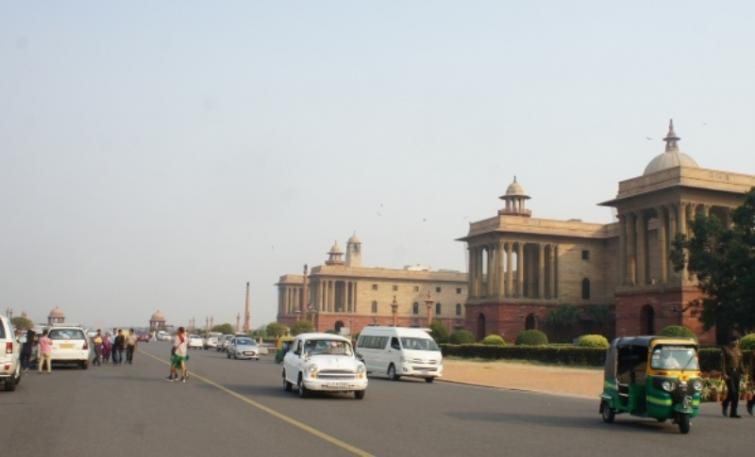 New Delhi/IBNS: A medium-intensity earthquake measuring 4.7 magnitude on the Richter Scale hit near Delhi on Friday forcing people to rush out of their homes.

The epicentre of the earthquake was 60 km southwest of Gurgaon in Haryana,  India's National Center for Seismology stated.

The earthquake struck at 7:50 PM at a depth of 35 km from the surface.

Strong tremors were felt in Delhi and surrounding areas for several seconds.

Delhi Chief Minister Arvind Kejriwal in a Hindi tweet wrote, "Mild earthquake tremors were felt in Delhi some time ago. Hope you are all safe, take care of yourself."

Initial reports found no damage to life or properties.

Meanwhile, another earthquake occurred in the afternoon at Champhai in Mizoram.

Of late there has been a string of earthquakes occurring across the country.

According to geologists, Delhi, which lies close to a faultline, is susceptible to big earthquakes.