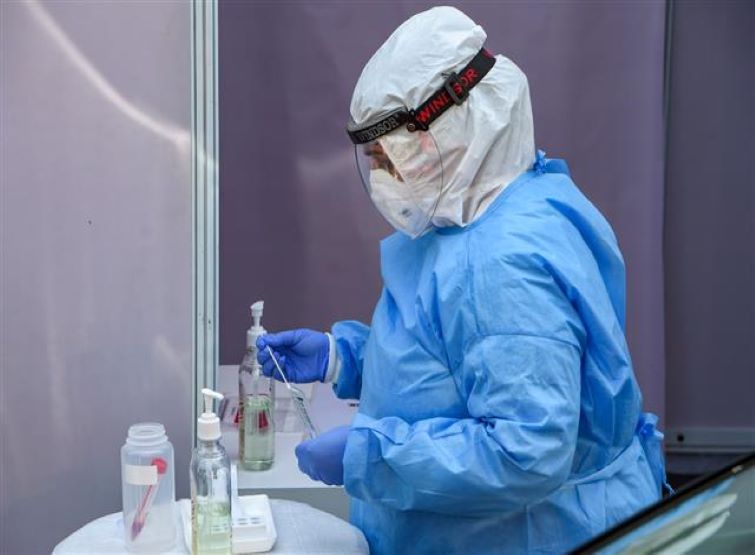 Kolkata/IBNS: A private lab in Kolkata's New Town, cleared by Indian Council of Medical Research (ICMR) for conducting RT-PCR COVID-19 tests, has been closed temporarily by the state government after it found several anomalies during an inspection, said a media report.

During the inspection, the state health department found Suraksha Diagnostics Pvt Limited was not following decontamination of surface and equipment as per the ICMR guidelines, said a Times Now report.

Further, the standard operating procedure for the detection of COVID-19 in suspected patients by RT-PCR was also not available in the lab, the health department team found, the report stated.

This is the first time an ICMR approved laboratory has been pulled up by the state during the ongoing pandemic.

ICMR is the central body in charge of approving laboratories, both private and government, for COVID testing.

The state government served the notice for temporary closure on June 30 last following the findings.

Major irregularities like the absence of microbiologist in testing the COVID samples was detected. The lab, which is a popular diagnostic service in Kolkata, could not provide a list of technical persons involved in the testing process.

The lab has been taken to task by the health department for not conducting quality checks, the report added.

The West Bengal government has ordered Suraksha Diagnostic to close the RT-PCR COVID-19 testing facility till it adheres to all the ICMR laid down guidelines, which will, otherwise, lead to serious errors in test results and hurt the public interest.