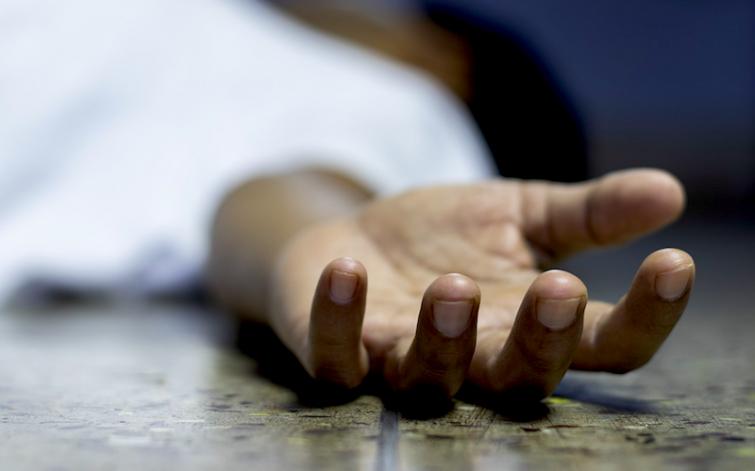 Kolkata/IBNS: After getting stuck in Covid-19 protocols, a family in north Kolkata was forced to store a 71-year-old patient's body in an ice-cream freezer at home for two days, until his Novel Coronavirus test report had arrived, reports said.

According to reports, the old man, a resident of an apartment at Amherst Street Police Station area, fell sick on Saturday (Jun 27) and had started showing Covid-19 symptoms like cough and fever.

After his health condition deteriorated, the man was taken to a doctor's private clinic on Monday noon and the physician recommended him a Covid-19 test.

Later that day, his swab sample was collected from his residence by a private testing lab.

Hours after the swab sample of the 71-year-old was collected, his health condition deteriorated more and when his family members were preparing to shift him to a hospital, the man died at his residence at around 3 pm.

Family members of the old man claimed that the doctor, who had treated him, denied to issue a death certificate as his Covid-19 test result was yet to come.

"As it was impossible to cremate a body without a death certificate, we took him to a private mortuary at Park Street to store his body until the test report comes, but they denied to enter a Covid suspect's body citing lack of infrastructure," a family member of the man said.

"Then we contacted two more mortuaries at Rafi Ahmed Kidwai Road and Bhawanipore area, and both of them rejected to store the body, following which we had decided to hire an ice-cream freezer to store the body at home with permission of the flat owners' association," he added.

The family also alleged that the entire episode was informed to local police and the state health department though they got no help, support, directions or proper guidelines from any end.

"We had to wait at the private lab till 10 pm. on Tuesday to get the test result, and when the report arrived, we saw the patient had tested positive for novel coronavirus," a relative of the Covid victim said.

Later on Wednesday morning, the state health department had started looking into the matter and at around 3 pm, when the body had already begun to decompose, a health team from the Kolkata Municipal Corporation (KMC) collected the body from the flat and took it for last rites.

Reacting to the serious incident, KMC Board of Administrators' member and former Mayor-in-Council (MIC-Health), Atin Ghosh, said, "Soon after we were informed about the matter from the state health department around 11 am on Wednesday, our process to collect the body and to take it for cremation had started."

Following the incident was reported, all family members of the Covid victim have been directed to keep themselves in home quarantine for next 14 days while the entire apartment was disinfected by the KMC.

A senior official of the state health department said that the incident was very unfortunate and should never happen in future.

"It's illegal and unauthorized to store a body in a freezer at home and the family of the Covid-19 victim should have contacted the health department's helpline, instead of informing police, to get proper direction about their next steps," the official said.

Meanwhile, family members of the victim claimed that they had tried calling the health department's helpline multiple times, but got no response.