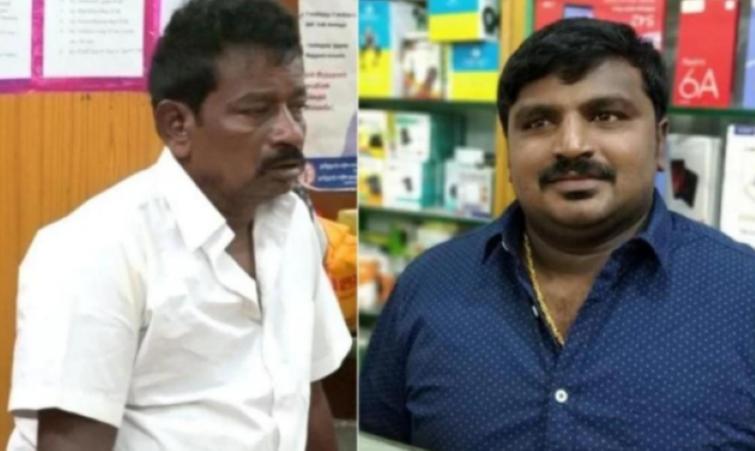 Thoothukudi/UNI: The Crime Branch CID (CB-CID) police arrested five suspended police personnel of Sathankulam police station, including the Inspector and two Sub-Inspectors (SI) in connection with the custodial deaths of a father-son duo after slapping murder charges against them.

The First Information Report (FIR) registered by the District police under Section 174 of CrPC (suspicious death) was altered as a murder case under Section 302 of the IPC by the CB-CID, which commenced its probe last evening following a High Court directive.

The CB-CID police booked Inspector Sridhar, two SIs Raghu Ganesh and Balakrishnan and two constables Murugan and Muthuraj under three Sections, including 302 and 301 of the IPC.

After preliminary investigations, he was produced before Thoothukudi Chief Judicial Magistrate S.Hema, who remanded him to judicial custody till Jul 16.

Meanwhile, the CB-CID sleuths arrested Sridhar in a meticulous operation at Gangaikondan police check post in Tirunelveli district, when he attempted to escape in a car, in the wee hours of today.

The arrested cops were being questioned at the CB-CID office here after which they would be remanded in judicial custody.

The arrested cops were accused of brutally assaulting P.Jayaraj (60) and his son Bennix (31) at Sathankulam police station on Jun 19 for keeping open their mobile phone shop in violation of lockdown restrictions, leading to their deaths on Jun 22 and 23 respectively.

CB-CID sources said more arrests were likely to be made by the investigating agency.

The Tamil Nadu government ordered a CBI probe into the custodial deaths on Monday.

However, the Madurai Bench of Madras High Court, which had taken suo motu cognisance of the custodial deaths, on Tuesday directed the CB-CID to immediately begin an investigation, till the CBI takes over the probe, as there were possibilities of destroying the evidence in the case.

A woman police constable of Sathankulam police station Revathy, who was they key eye-witness, deposed before Kovilpatti JM that Jayaraj and Bennix were beaten up the entire night by the police personnel and that their blood stains could be found on the lathis and on the table in the station.

The HC, after perusing the preliminary post-mortem report and the "inquest" report submitted by Kovilpatti Judicial Magistrate (JM) Bharathidasan, ruled that there was prima facie material available to register a case under Sec 302 of the IPC against the police personnel responsible for the death of the father-son duo, and nominated Tirunelveli CB-CID DSP Anil Kumar as the Investigating Officer in the case.

The custodial death of the father-son duo has sent shock waves across the country with the leaders of various political parties demanding stern action against the cops involved in the 'brutal killings' and the state government promising that the culprits would be punished.