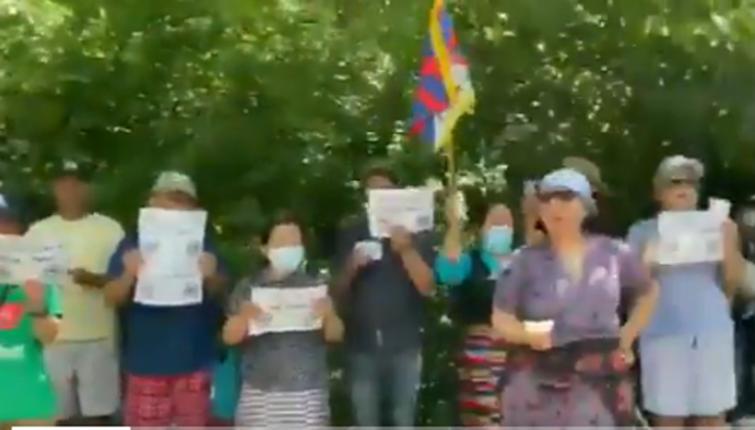 Toronto:  The Regional Tibetan Youth Congress members demonstrated outside the Chinese Consulate in Toronto to show their solidarity with India over the recent intrusion of Chinese forces in Galwan Valley.

During the protest, which occurred on Monday, demonstrators raised slogans against Chinese intrusion and in support of India and the Indian Army.

At least 20 Indian soldiers were killed during a standoff between Chinese and Indian security personnel last month.