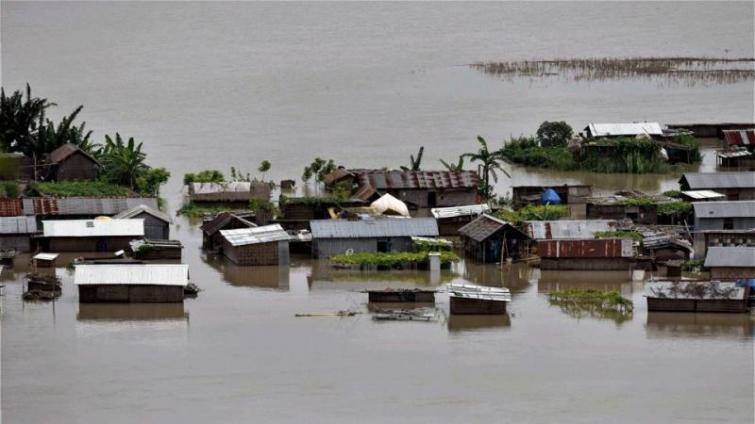 Guwahati/IBNS: The overall flood situation in Assam showed a slight improvement on Wednesday with many rivers flowing below danger level mark at many places in the state.

But still, over 1.49 million people of 21 districts are affected in the second wave of floods.

On Wednesday, six people drowned in flood waters in Barpeta, Dhubri, Nagaon and Nalbari districts taking the state's death toll to 33 this year so far.

According to the Assam State Disaster Management Authority (ASDMA), three people drowned in floodwaters in Barpeta district while one each in Dhubri, Nagaon and Nalbari district.

On the other hand, the water level of many rivers in state is gradually receding and these rivers are flowing below danger level at many places.

According to the ASDMA data, 87,018 hectares of crop lands in the flood affected districts are still under water.

Nearly 15,300 people are currently at 254 relief camps set up by the administration in 15 flood affected districts.

On Wednesday, the teams of NDRF, SDRF and district administration have rescued 4221 people from the flood-affect areas in Dhubri, South Salmara and Barpeta districts.

The park authority has rescued 27 animals including 23 hog deer.