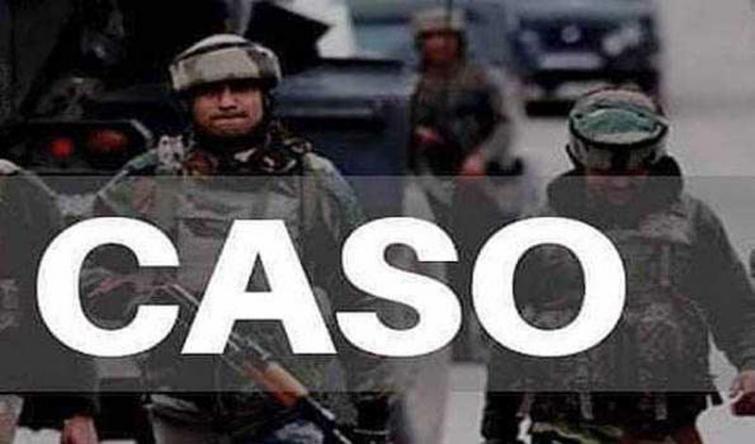 Srinagar/UNI: A Cordon and Search Operation (CASO) was resumed with the first light by security forces on Wednesday after brief encounter with militants at Tral in south Kashmir district of Pulwama.

Meanwhile, mobile internet has been suspended for security reasons in Pulwama.

Official sources said that on a tip off about presence of militants, a joint CASO was launched by Special Operations Group (SOG) of J&K police, Army and CRPF at Bilalabad area near Tral town in Pulwama.

However, they further said when security forces were moving towards a particular area, militants, hiding there, fired at them with automatic weapons.

'The security forces retaliated ensuing in an encounter at around 2300 hrs on Tuesday,' they stated.

They further stated that the militants managed to escape from the house they were trapped in under the cover of darkness.

'The operation was halted though additional security forces were rushed to the area and all the exit points were sealed,' they affirmed.

They added with the first light on Wednesday morning security forces were conducting house-to-house searches in the area.