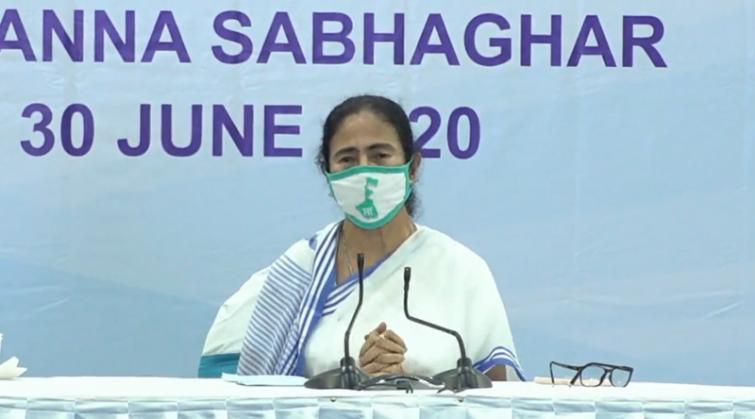 Kolkata/IBNS: Minutes after Prime Minister Narendra Modi announced the extension of free ration scheme till the end of November, West Bengal Chief Minister Mamata Banerjee on Tuesday evening declared to extend the free ration scheme in the state till June 2021.

Mamata Banerjee also claimed that the quality of the rice provided by the state government was much better than the Centre's.

"We bought the rice directly from farmers and the quality of the rice is very good while the Centre provided rice, which is taken from the Food Corporation of India (FCI), is not so good," Banerjee said.

Alleging that the Central government provided rations do not cover all people in West Bengal, the Chief Minister asked the Centre to distribute rations to every citizen equally.

"Centre's ration scheme covers 60 per cent of West Bengal's population and the remaining 40 per cent people don't get the free ration from the Central government," Banerjee said.

"I will request the Central government to distribute their free ration to all citizens equally," she added.

Earlier, during his address to the nation, PM Narendra Modi announced that free rations under the Prime Minister Garib Kalyan Anna Yojana to be extended till the end of November for 80 crore Indians, at a cost of Rs. 90,000 crore.