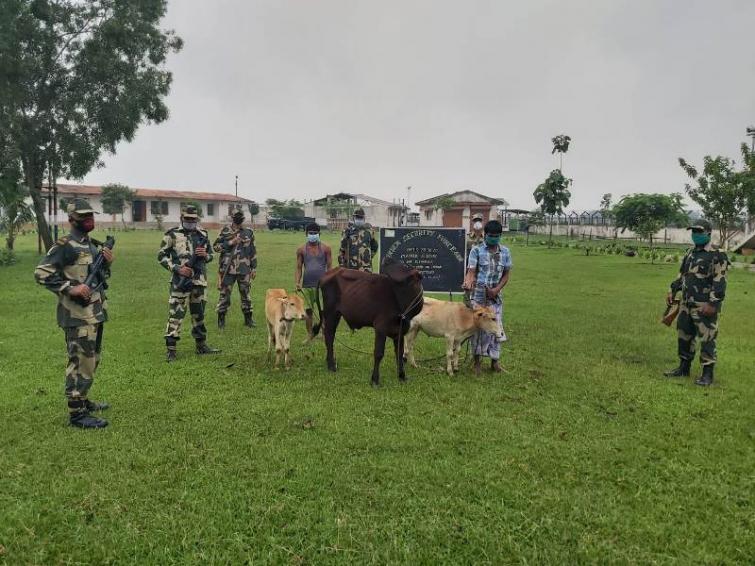 According to the reports, based on specific information, the BSF personnel deployed at Sishumara and Boreralga border outpost launched an operation along riverine areas on Indo-Bangladesh border on Sunday night and caught six cattle smugglers.

A top BSF official said the BSF personnel recovered six cattle heads while the apprehended persons were trying to smuggle the cattle to Bangladesh.

The apprehended cattle smugglers were identified as Meher Saiful Haque, Rafiqul Islam, Rafiqul Islam, Safidur Islam, Md After Ali and Nuruddin and they are hailing from South Salmara Mankachar district.

In separate operation, the BSF personnel had apprehended two more cattle smugglers along with three cattle heads near Brahmaputra riverine areas of Sishumara while they were trying to smuggle the cattle to Bangladesh.

The apprehended persons were identified as  Ziarul Sheikh and Ashadul Islam.

According to the reports, the BSF personnel had seized over 15,000 cattle at the Indo-Bangladesh border in Assam and Meghalaya in last year.