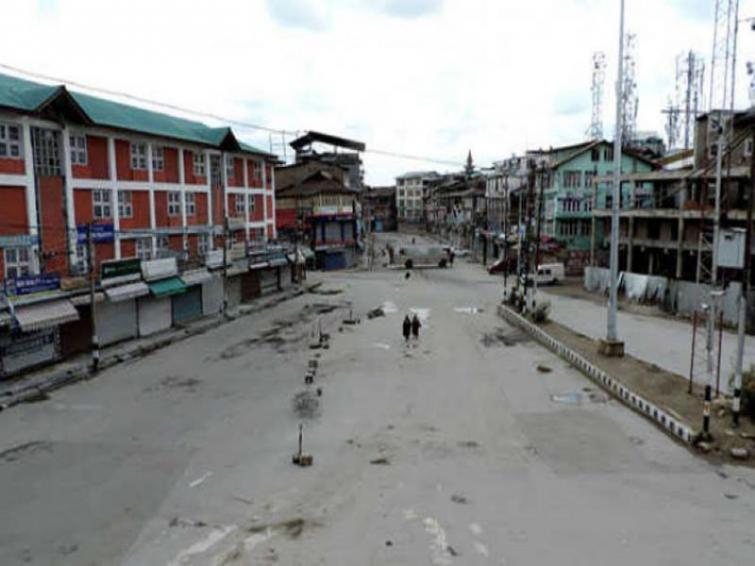 Srinagar/UNI: Asserting that government orders about stocking LPG cylinders and vacating school buildings for security forces are creating panic in Kashmir, former chief minister Omar Abdullah said ‘unfortunately after all the lies last year even if the government explains these orders, hardly any of us will take the assurances at face value’.

Meanwhile, people in the valley are anxious after two government orders on stocking up of LPG cylinders for two months across Kashmir and vacating of school buildings for the security forces in Ganderbal, surfaced in the wake of India-China face-off.

“Government orders are creating panic in Kashmir & unfortunately after all the lies & false assurances last year even if/when the government explains these orders hardly any of us will take the assurances at face value. That said they still need to explain these orders,” Mr Abdullah, who is the Vice-President of National Conference (NC) wrote on micro-blogging site twitter.

An Adviser to Lt Governor G C Murmu has passed directions in a meeting on June 23, ‘to ensure sufficient stocks of the LPG in the Valley as the supply gets affected due to closure of the national highway on account of landslips’.

According to an order passed by the Director of the Food, Civil Supplies and Consumers, the oil companies should make adequate stocks of LPG that can last up to two months at bottling plants as well as godowns.

This is probably for the first time that the administration has decided to stock up LPG cylinders at the peak of summer.

Reacting to the order, NC spokesperson Tanvir Sadiq said, “It’s summer so not many landslides. -Stock for two months. -Matter most urgent. These three points need clarity at the highest level.”

“People of Kashmir can’t afford to live in yet another year of fear and uneasiness,” he wrote on twitter and also posted the copy of the order.

Meanwhile, in a separate order, the Superintendent of Police, Ganderbal, has requested 16 educational institutes in the district, including middle and higher secondary schools, to be vacated.

“In view of the Shri Amarnath Ji Yatra-2020, these educational centres be made available for accommodation of Central Armed Police Force (CAPF) companies,” the order reads.