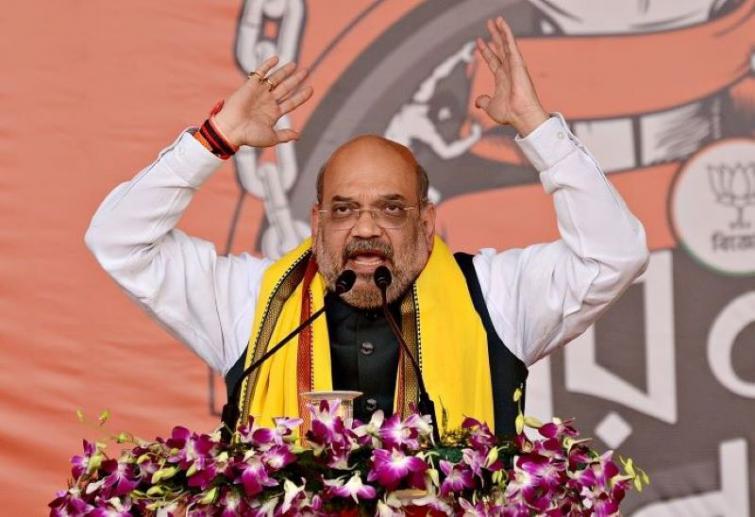 New Delhi/UNI: On the 45th anniversary of the Emergency imposed by then Prime Minister Indira Gandhi, Union Home Minister Amit Shah on Thursday said one family’s greed for power had led to the imposition of the Emergency and turned the nation into a prison overnight.

'On this day, 45 years ago one family’s greed for power led to the imposition of the Emergency. Overnight the nation was turned into a prison. The press, courts, free speech...all were trampled over. Atrocities were committed on the poor and downtrodden,' the former BJP president said alluding to the Gandhi family.

In a series of tweets, he said as one of India’s opposition parties, 'Congress needs to ask itself: Why does the Emergency mindset remain?'

The principal opposition party, he said, also 'needs to ask why are leaders who don’t belong to one dynasty unable to speak up?'

Shah said the party should think 'why were leaders getting frustrated in Congress? Else, their disconnect with people will keep widening.'

The senior BJP leader said during the recent CWC meet, senior members and younger members raised a few issues, but they were shouted down.

A party spokesperson was unceremoniously sacked, he added.

'The sad truth is- leaders are feeling suffocated in Congress,' he maintained.

Shah said due to efforts of lakhs of people, the Emergency was lifted. Democracy was restored in India but it remained absent in the Congress.

'The interests of one family prevailed over party interests and national interests. This sorry state of affairs thrives in today’s Congress too!' he pointed out.

BJP president JP Nadda also tweeted in Hindi, 'India salutes all the dignitaries who, despite enduring torture, fiercely opposed the Emergency. It was the tenacity of our satyagrahis that India's democratic values successfully won over a totalitarian mindset.'