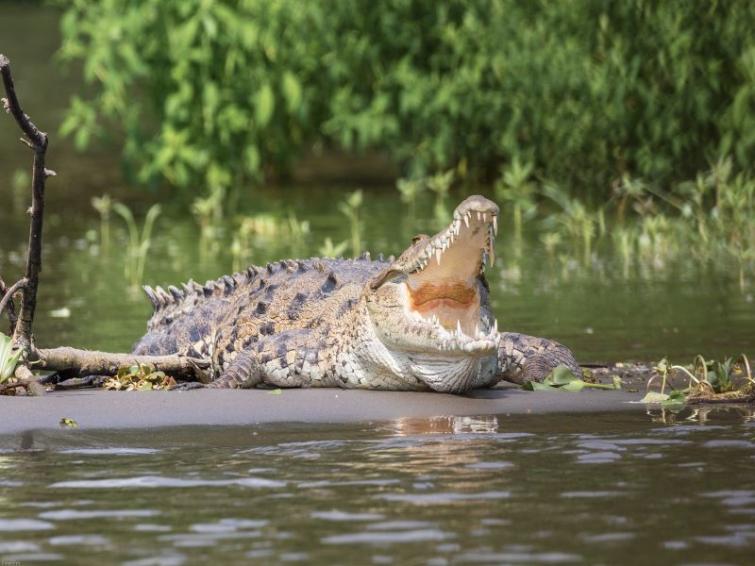 Patharpratima/UNI: A crocodile dragged a fisherman while he was fishing in the Gobodia river in Durga Gobindpur area of â€‹â€‹Patharpratima police station in South 24 Parganas district.

According to police and local sources, when Vishnupada Santra and his wife were fishing in the Gobodia river on Wednesday morning, a crocodile emerged suddenly and burried its teeth on Vishnupada's leg and started pulling him towards the deep waters of the river.

His wife grabbed his hands and tried to pull him toward the shore but she could not sustain the fight for a long time and eventually the crocodile dragged Vishnupada to the river.

However, Vishnupada could not be traced till this afternoon.