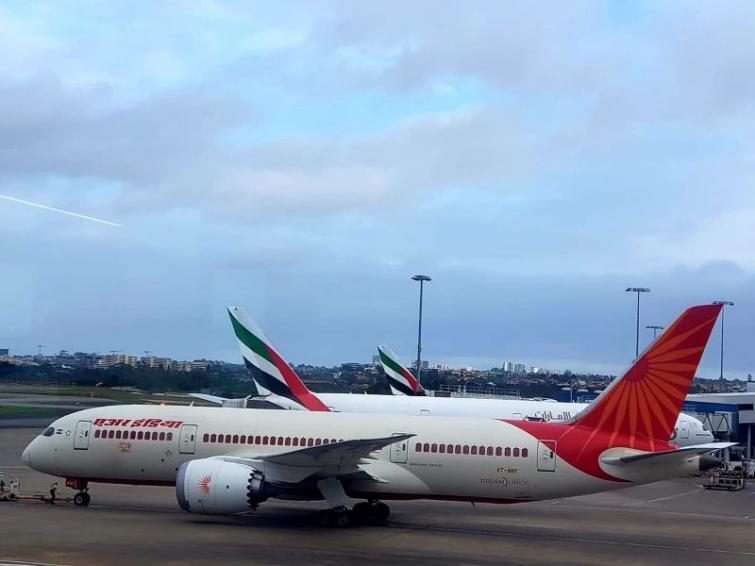 India explores bilateral agreements for repatriation flights after US restriction

New Delhi/IBNS: After the US imposed restrictions on Air India's special repatriation flights alleging "unfair and discriminatory practices", the government has said it is looking at the requests made by US and other countries to operate these flights, an NDTV report said.

The US Transport Department had on Monday alleged that India has been operating special flights for repatriation but also selling tickets to the public, violating a treaty which governs aviation between the two nations, it stated.

The current ban on US airlines from flying to India creates a competitive disadvantage for the US carriers, it added.

In response, the Civil Aviation Ministry said it is exploring bilateral arrangements with other countries to bring back Indians stranded in various parts of the world, the report said.

The ministry said it is considering the proposals sent by governments of Germany, France and US and contemplating establishing bilateral agreements like India-US, India-France and India-UK in response to opening up repatriation flight services.

Government said it has already held one round of negotiation with the US Department of Transportation and US Embassy in this connection on Jun 15 and asked  them to submit their proposal and on Jun 19 a communication has been received detailing their requests, the NDTV report said.

Imposing the restrictions, the US said India would have to take permission before sending repatriation flights so that it can have a closer scrutiny, the report added.