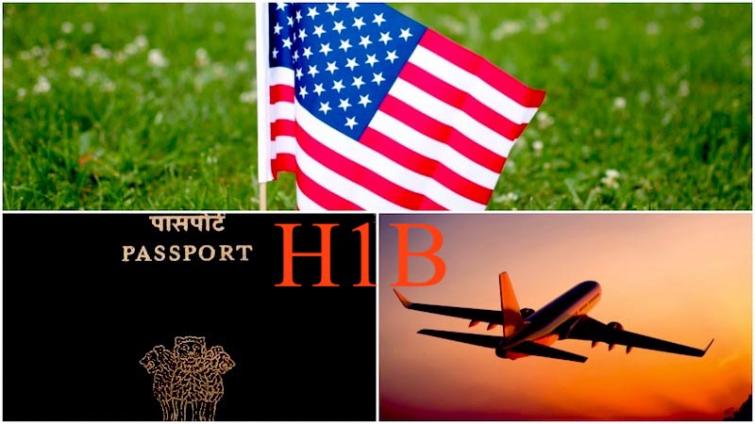 How does Donald Trump's suspension of H-1B visa impact India?

Washington/IBNS: Seizing the Covid-19 situation worldwide, US President Donald Trump, who will be facing the elections later this year, once again pitched in "America First" policy by extending the 60-day ban on immigration and non-immigration working visas till the end of 2020.

The Covid-19 has already rattled the world and the US is no exception to it as Trump's country is also facing unemployment.

"President Donald J. Trump is extending and expanding the suspension of certain visas through the end of the year to ensure American workers take first priority as we recover from the economic effects of the coronavirus," read a statement issued by the White House.

"President Trump is extending the pause on new immigrant visas through the end of the year to ensure we continue putting American workers first during our ongoing coronavirus recovery," it said.

As per the step, popular working visas H-1B, H-2B, certain categories of H-4, J and L will remain suspended till Dec 31.

The move will certainly benefit the domestic workers of the US.

With the H-1B visas, highly skilled workers from India and China migrate to the US for jobs. The country has a cap of 85,000 total H-1B visas for each year.

With the extension of the ban, those Indians who do not have H-1B visas as of Jun 23 will not be able to move to the US until Dec 31.

The ban will severely hit the Indian IT sector as they used to remain the biggest beneficiaries of the H-1B visas.

As per H-1B visas, Indian workers at a relatively low cost were hired in the US in a win-win situation for both the countries.

IT industry body National Association of Software and Service Companies (NASSCOM) reacted saying that the "proclamation issued barring the entry of certain nonimmigrants into America & setting new conditions for others is misguided & harmful to the US economy."

"Urge the US govt. to shorten duration of restrictions to 90 days," NASSCOM tweeted.

"Virtually every segment of American economy- manufacturing, tech, accounting, medicine, among others, employ skilled workers from other countries for the innovation, productivity & skill they bring to their cos or for clients," it posted.

Very likely, the US businessmen are not happy with Trump's move which would force them to hire American in their company.

However, the H-1B, H-2B, J and L visa holders, their spouses and children who are already in the United States are not affected by the new ban which will remain effective till the end of the year.

Pichai said Google will continue to stand with immigrants and work to expand opportunity for all.

"Immigration has contributed immensely to America’s economic success, making it a global leader in tech, and also Google the company it is today. Disappointed by today’s proclamation - we’ll continue to stand with immigrants and work to expand opportunity for all," Pichai tweeted.

Immigration has contributed immensely to America’s economic success, making it a global leader in tech, and also Google the company it is today. Disappointed by today’s proclamation - we’ll continue to stand with immigrants and work to expand opportunity for all.