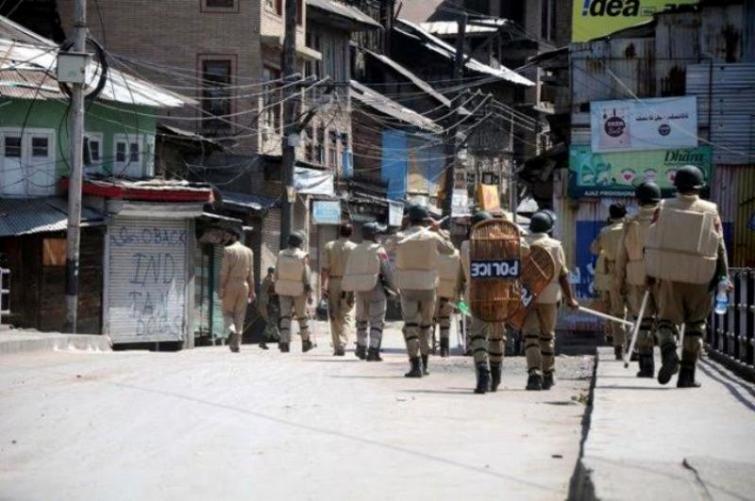 Three terrorists, holed up inside house, killed in Srinagar encounter

Srinagar/IBNS/UNI: Three terrorists, who were holed up inside a house in Zadibal Soura area of Srinagar, were eliminated by the security forces during an ongoing encounter on Sunday, Jammu & Kashmir police said.

The terrorists refused to an offer to surrender following which they were shot dead.

Security forces launched a major Cordon and Search Operation (CASO) early on Sunday morning in downtown Srinagar, where mobile internet of all cellular companies has been suspended.

A large number of security forces have also been deployed and several roads closed in Srinagar, where restrictions have been imposed in many downtown areas.

A police official told UNI that on a tip-off about the presence of militants, troops of Rashtriya Rifles (RR), Special Operation Group (SOG) of Jammu and Kashmir police and CRPF cordoned off several areas, including Zoonimar and Zadibal.

After sealing all exit points, police through public address system made announcements directing militants to surrender.

However, when there was no response, security forces tightened the cordon around particular houses in the area, he said, adding later people in the adjacent houses were asked to leave for other areas.

He said as security forces moved towards those houses, militants hiding there, fired at them with automatic weapons.

''The security force retaliated ensuing in an encounter,'' he further said adding one militant has so far been killed in the exchange of fire.