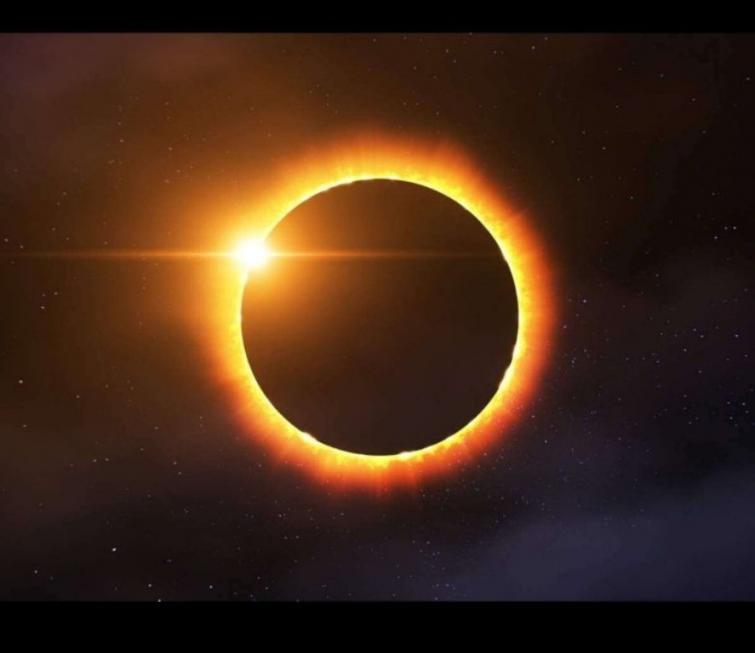 New Delhi/IBNS: People across India are seen posting images of the rare solar eclipse on social media since Sunday morning once the celestial event became visible from several cities.

This is the first solar eclipse of this year, which is occurring during the summer solstice, the longest day of the year in the Northern Hemisphere.

People from parts of Rajasthan, Haryana, and Uttarakhand could witness the dramatic unfolding of the event.

In other parts, a partial solar eclipse could be seen.

This one of the solar eclips

Hope This time we will see this fantastic scene Solar Eclipse 2020#solareclipse#SolarEclipse2020 pic.twitter.com/rjwAUaPLYt

This rare celestial event occurs when Moon comes between the Sun and Earth, the shadow falls on the surface of the Earth.

The Sun could be seen entirely covered by the Moon for a brief period.

Several temples in Madhya Pradesh, Uttar Pradesh and other parts of the country have been shut owing to the event.