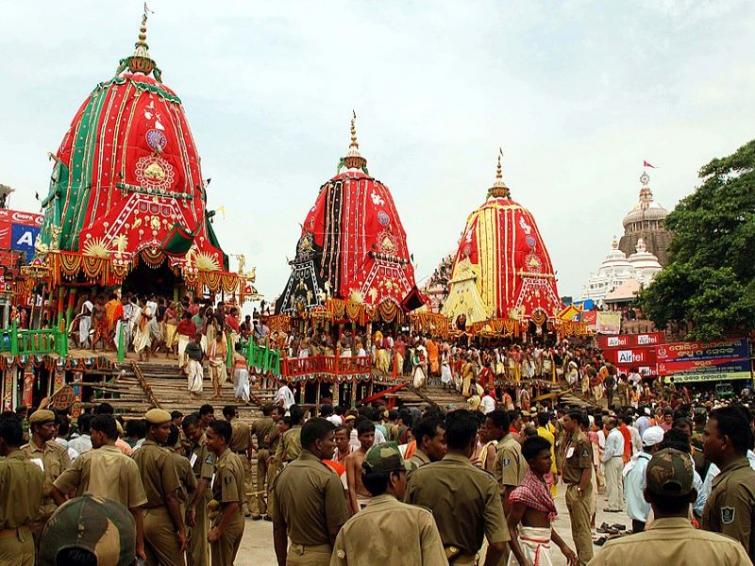 In a  three  page letter to the  Chief Minister, the Gajapati King said if Ratha Yatra is not held this year in Puri, it will hurt the religious sentiments of countless devotees around the world who watch the sacred Yatra live every year on electronic media.

He further said as his very name indicates, Lord Jagannatha is the Lord of the Universe and during this sacred festival, he himself comes out of the Temple and rides on the Rath and all not only on this planet but in the entire Universe can be blessed by his darshan and obtain his grace.

The  Gajapati King said it is an established tradition of Sanatana Vaidika Dharma that the Presiding Deities do not at all leave their Throne/Sanctum-sanctorum.

But Lord Jagannatha himself created an exception to this general rule by coming out of the Temple to bless all beings in the whole universe-as he is the Lord of the Universe. In fact, this is one of the main objectives of the Ratha Yatra in Puri as mentioned in the sacred scriptures, the Puri king said.

He said yesterday morning, an urgent meeting of Shree Jagannatha Temple Managing Committee was held at Puri which was followed up in the evening by a second meeting of the Committee in which senior Sevak members of Chhatisa Nijoga were present.

At both these meetings, the members present submitted their views regarding the steps to be taken with respect to the Order passed by the Apex court not to conduct the  Rath Yatra in Puri and other places in Odisha.

On the  same evening, a direction was issued by the State Cabinet to the Temple Managing Committee for implementing the said Order and for ensuring proper performance of all seba-puja of the Lords within the precincts of Shree mandira.

He said after considerable discussion upon  all relevant aspects of the matter, the Managing Committee and the Chhatisa Nijoga unanimously decided to appeal to the State Government to immediately move the Supreme Court for a modification of the order.

The Gajapati said the Rath Yatra can be held without any congregation of general public and with the State Government taking appropriate steps to prevent spread of COVID.

The conduct of the annual Ratha Yatra on the prescribed day is statutorily mandated by Record-of-Rights(PartII, pages69-) framed under The Puri Shri JagannathTemple (Administration) Act,1952. Under Sec15(3) of Shri Jagannath Temple Act,1955, the Managing Committee of the Temple is statutorily bound to ensure conduct of Ratha Yatra in accordance with the Record-of-Rights.

The Ratha Yatra inPuri is of special significance and importance and should not be  stopped even if Ratha Yatra and other religious functions are not permitted elsewhere under COVID Lockdown Guidelines.

The State Government, the Gajapati said, may therefore stop conduct of Ratha Yatra throughout the State, but the RathaYatra in Puri should be permitted as a special case by the  State Government, undertaking at the same time effective measures to ensure that there is no spread of COVID by conduct of the Yatra, he said.