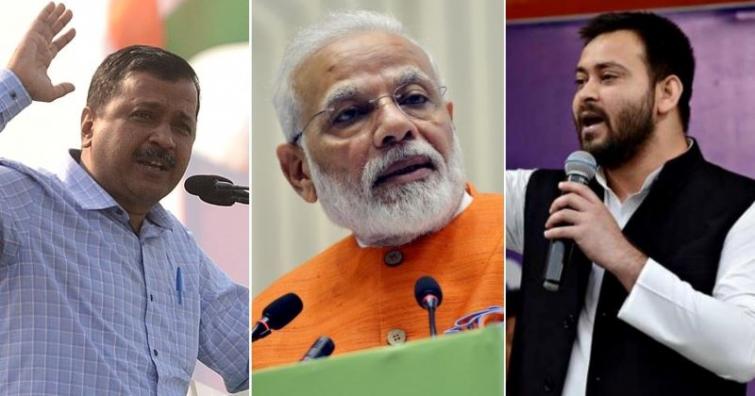 New Delhi/IBNS: Aam Aadmi Party (AAP) and Rashtriya Janata Dal (RJD), the two key political parties in the country, on Friday claimed that they were not invited to Prime Minister Narendra Modi's all-party meet where the India-China border issue will be discussed.

AAP leader Sanjay Singh tweeted, "A strange, egoistic government is in power at the Centre. The Centre does not require the opinion of AAP which is in power in Delhi, is the opposition force in Punjab and has four parliamentarians. The whole country is waiting for what the Prime Minister will be saying in the meeting."

Making the same allegation, RJD leader Tejashwi Yadav tweeted, "Dear @DefenceMinIndia @PMOIndia, Just wish to know the criteria for inviting political parties for tomorrow's #AllPartyMeet on #GalwanValley. I mean the grounds of inclusion/exclusion. Because our party @RJDforIndia hasn't received any message so far."

Dear @DefenceMinIndia @PMOIndia, Just wish to know the criteria for inviting political parties for tomorrow's #AllPartyMeet on #GalwanValley. I mean the grounds of inclusion/exclusion. Because our party @RJDforIndia hasn't received any message so far.

As per media reports, Sonia Gandhi and Mamata Banerjee, the chiefs of two largest opposition parties- Congress and Trinamool Congress (TMC)- in Parliament, will attend the meeting scheduled to be held at 5 pm on Friday.

In order to discuss the situation in the India-China border areas, Prime Minister @narendramodi has called for an all-party meeting at 5 PM on 19th June. Presidents of various political parties would take part in this virtual meeting.

More than four decades after the last fatality occurred during a conflict at the India-China border, at least 20 Indian personnel were killed in the conflict with the Chinese military at the Galwan Valley, which is close to Aksai Chin, an area that is controlled by China but claimed by both the countries, in eastern Ladakh on Jun 15 night.

In a strong reaction to the violent standoff, Prime Minister Narendra Modi on Wednesday said his nation wants peace but can give a befitting reply, if instigated.