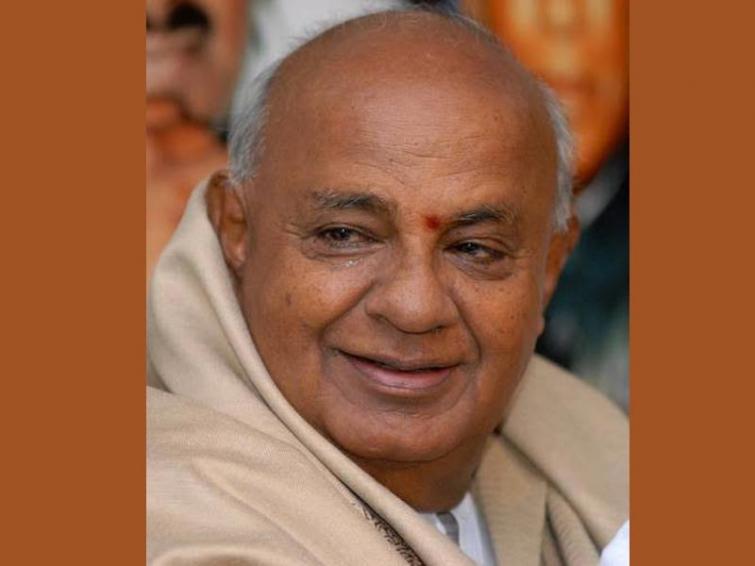 Bengaluru/IBNS: Former Prime Minister HD Deve Gowda will be back in Parliament as he along with three other candidates from Karnataka for the Rajya Sabha polls were elected unopposed last evening.

Gowda, 87, won the Rajya Sabha seat with the support of the Congress' votes.

This will be the Janata Dal Secular leader's second stint in the Rajya Sabha where he was earlier elected in 1996, the year in which India had got Deve Gowda as a surprising Prime Minister.

Others who have been elected are Bharatiya Janata Party (BJP)'s Eranna Kadadi and Ashok Gasti, Congress' Mallikarjun Kharge.

Following the win, Kharge told media, "Very grateful to Sonia Gandhi and Rahul Gandhi. We have been given this opportunity to serve in Rajya Sabha. I pay my gratitude to the people of Karnataka."

"...Whatever hopes people have put in me, I will try to come as per their expectations," he added.

The last day for withdrawal of candidature was Friday and the polls were scheduled to be held on Jun 19.

With 117 MLAs, it was a cakewalk for the BJP to send two of its leaders to the Rajya Sabha while the Congress was able to send one representative to the upper house with its 68 members in the legislative assembly of the state.

The JDS with just 34 MLAs needed the support of the Congress to get one of its members elected as minimum of 45 votes are required to win a Rajya Sabha seat.

The four Rajya Sabha seats will fall vacant on Jun 25 following the retirement of Prabhakar Kore of the BJP, Rajeev Gowda and B K Hariprasad of Congress and D Kupendra Reddy of JDS.