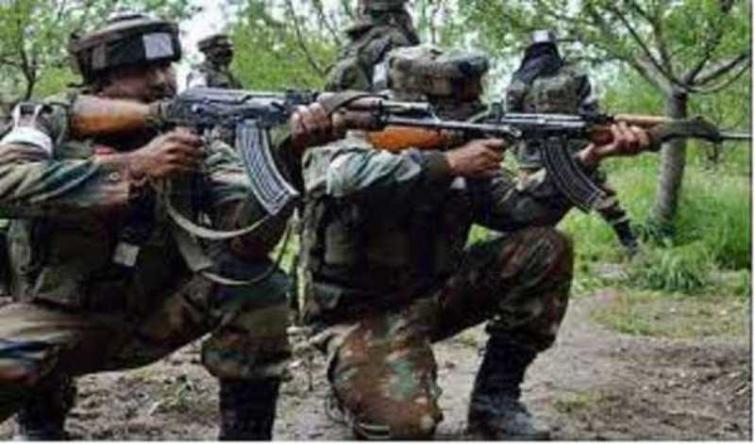 Jammu and Kashmir: Two terrorists killed during encounter in Kulgam

Srinagar/IBNS: At least two terrorists were killed during an encounter with security forces in Jammu and Kashmir's Kulgam district on Saturday, officials said.

A police spokesperson told UNI news agency a CASO was launched by the troops of Rashtriya Rifles (RR), Special Operation Group (SOG) of Jammu and Kashmir police and CRPF following a tip-off about the presence of militants at Nipora, Kulgam early this morning.

However, an encounter ensued after militants hiding there opened fire when security forces were moving towards a particular area in the village, he said.

Two unidentified militants were killed, the spokesperson said, adding that search operation was going on when the last reports came in.

About 16 militants of Hizbul Mujahideen (HM) and Lashkher-e-Toiba (LeT) were killed by security forces in different encounter in south Kashmir during the past one week.