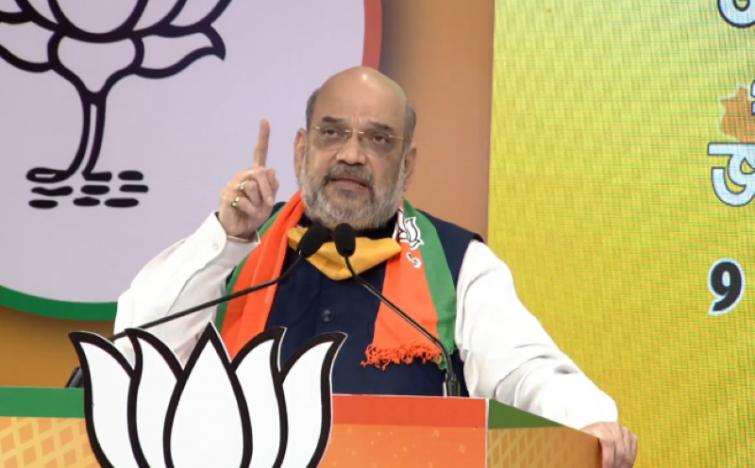 New Delhi/Kolkata/IBNS: Union Home Minister Amit Shah on Tuesday sounded a poll bugle for West Bengal rebooting the Bharatiya Janata Party (BJP)'s political activity by relaunching the controversial Citizenship (Amendment) Act issue to target Chief Minister Mamata Banerjee who, according to the saffron leader, will turn into a "political refugee" after the voting in the eastern state next year.

Shah's BJP took the digital route to reboot the political activities in the state, which tempts the party to assume power, as all gatherings are presently suspended in the Covid world.

Raising the CAA issue almost after four months in a virtual rally, Shah accused Banerjee of denying citizenship to the refugees who came to the country before 2015.

"Why Mamata Didi is opposing CAA? She was so angry after the CAA was formed. I have never seen such an angry person. What harm the Matua community has done to you Didi?" Shah targeted his political foe.

"When the mandate will come, the people of Bengal will make Mamata Didi a political refugee," he added. 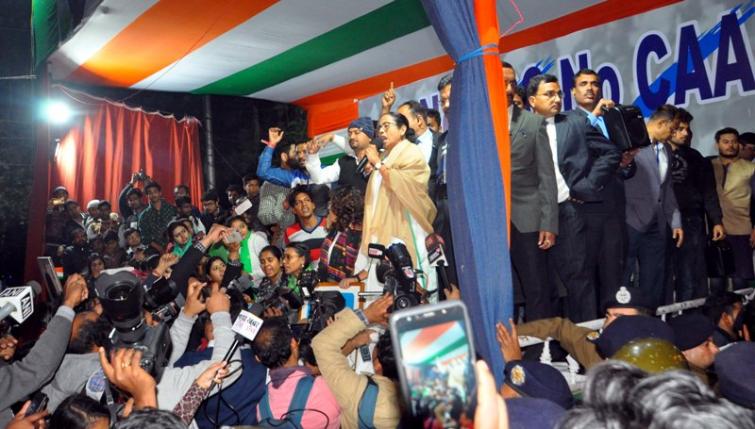 Mamata Banerjee while protesting against CAA on Jan 12

Highlighting the works done by the Narendra Modi government in the last six years, Shah attacked the Trinamool Congress (TMC) government in the state for not allowing the implementation of health scheme Ayushman Bharat, which benefits poor, but assured the same will be available to West Bengal people once BJP comes to power.

"Even Arvind Kejriwal at the end allowed Ayushman Bharat but Mamata Didi still does not want it in her state," the Home Minister added.

In the context of BJP's fight to assume power in the state, Shah referred to Banerjee's offer to the Home Minister to take control of West Bengal which is devastated due to cyclone Amphan amid Covid-19 spread.

Banerjee days ago told a press conference that she had asked Shah to take control of the state if he felt the TMC government was not handling the Covid situation ably.

"But of course Amit Shah said, 'How can we dissolve an elected government?'," the CM had said.

Taking a dig at Banerjee's offer, Shah in the virtual rally said, "Mamata Didi asks BJP to take control of the state. I am telling her that her wish will be fulfilled very soon as a BJP government is set to get elected."

"Mamata Didi insulted the migrant workers by terming Shramik Special Trains as Corona Express," the Home Minister said besides accusing the TMC government of running the least number of special trains to bring back stranded labourers.

A month ago, politics over special trains peaked when Shah had accused West Bengal of not asking for sufficient trains for stranded workers, a charge which was refuted by the state administration.

Though he referred to "Saradha chit fund scam" and "Narada sting video" once, Shah went soft on the issue of corruption this time and instead claimed that in BJP's "Sonar Bangla", corruption will be something of a past.

"Give BJP one chance. In five years, we will make West Bengal free of corruption, dynasty politics, unemployment and bombers will pack their bags and flee on the day of counting only," the BJP leader said.

Not giving much importance to Shah's claim to form government in West Bengal, TMC Lok Sabha MP and veteran politician Saugata Roy told India Blooms, "It will never be fulfilled and whatever he said has no relevance to Bengal.

"He has described Modi government's success but he has not said what they have done for Bengal, how much money they have given for Covid and Amphan. Amit Shah's speech sounds hollow."

"All people as a whole opposed CAA and NRC. We do not accept CAA," Roy said in response to Shah's CAA dig at Banerjee.