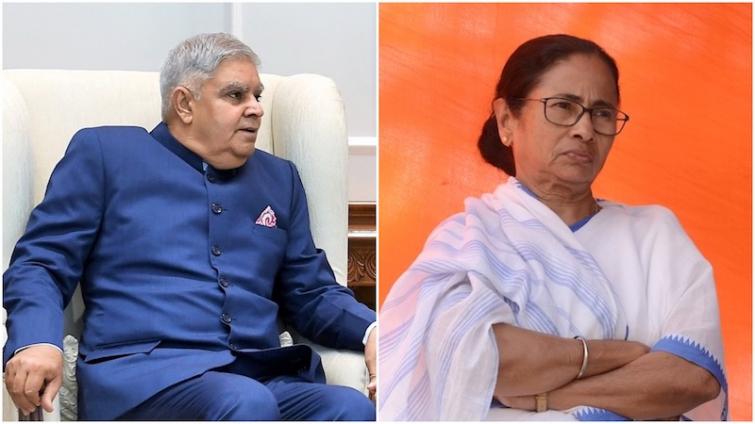 Kolkata/IBNS: A face-off between West Bengal government and the governor has intensified after Jagdeep Dhankhar and the state higher education department separately appointed two persons for one pro-Vice Chancellor (VC) post at Burdwan University on Monday.

According to reports, rejecting the Mamata government's recommendation, Governor Jagdeep Dhankhar appointed his own choice, Head of Burdwan University's Zoology department- Goutam Chandra, as the pro-VC of the university on Monday.

Later at night, issuing a counter-notification, Principal Secretary to the state government, Manish Jain, called the action of Governor 'unprecedented and illegal', and directed to appoint Kalyani University's Zoology professor Asish Kumar Panigrahi as the pro-VC of Burdwan University.

"The Chancellor has not approved the Department's proposal and at the same time issued an appointment letter of his own in favour of Professor Goutam Chandra, Head of the Zoology Department, Burdwan University of the post of Pro-VC wihtout consulting the Minister of this department which is in contravention of the provisions of the Burdwan University Act, 1981 and in derogation of rule 9 of the West Bengal Universities (Terms and Conditions of Service of the Vice Chancellor and the Manner and Procedure of Official Communication) Rules, 2019," West Bengal Higher Education department's notification read.

"In exercise of the powers conferred by section 58 of the Burdwan University Act 1981, Asish Kumar Panigrahi, Professor of Zoology, Kalyani University is hereby appointed as the Pro-Vice Chancellor (Administration and Academic) of Burdwan University," the notification further read.

Reacting on the issue, West Bengal Education Minister, Partha Chatterjee, said, "Such action of Governor is unprecedented, I never witnessed a governor is issuing appointment letter of pro-VC before, it is undemocratic and unconstitutional."

"I also heard that Vice-Chancellors of the state universities are being threatened with suspension by the governor over phone. We won't allow this and would like to request the governor-cum-chancellor not to malign the glory of his honorary post by doing such actions," Chatterjee added.

Meanwhile, Bengal Guv Jagdeep Dhankhar said that he will react on the matter on Wednesday at 3 pm.

"To address recent education issues, I would be addressing media at 3 PM tomorrow at Raj Bhawan. Unconstitutional and wholly untenable stance of Higher Education Minister is unfortunate. The sliding will have to be contained in the interest of rule of law," Dhankhar tweeted.

To address recent education issues @MamataOfficial I would be addressing media at 3PM tomorrow at Raj Bhawan.

The sliding will have to be contained in the interest of rule of law.