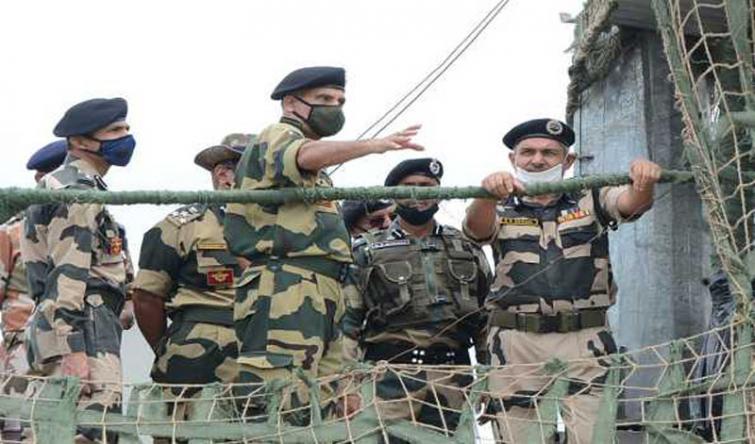 The BSF field commanders apprised DG BSF about various on going construction works on the border and constraints being faced during their implementation.

DG BSF interacted with Jawans and patiently attended to their issues. He stressed about the importance of physical fitness and exhorted the border troops to engage themselves in regular fitness exercises and games.

Further, DG BSF also planted various tree saplings in the BOPs to give it a look of green border.

He stressed upon the idea of cultivation of land ahead of fencing with the help of BSF who can provide security to the farmers.

DG BSF also reviewed the prevailing Covid-19 situation and precautions being taken and advised the troops to indulge in physical activities and increase immunity to deal with this pandemic.