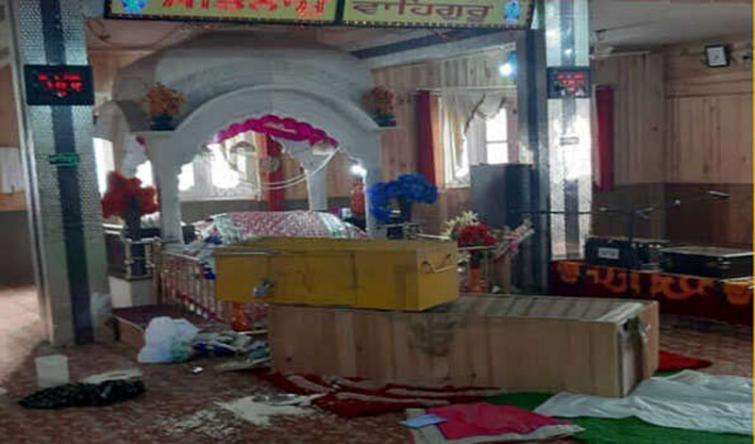 Kulgam: In a week when unknown men attacked a gurudwara in Srinagar city, body of a Sikh man was found hanging from a tree in Jammu and Kashmir's Kulgam district on Saturday.

Police have started investigating into the incident.

Meanwhile, demanding justice for the man, an online petition has been initiated in the website change.org.

The petition reads: "A Sikh driver named Ravinder singh has been brutally hanged by a tree in Kulgam district of Kashmir. Sikhs are present in minority in Kashmir and this incident needs to be visible to Home ministry. We urge CBI investigation into the matter and the culprit punished."

"Two decades ago 35 Sikhs were killed in Chattisinghpora of Kashmir and no justice has been provided till date. We want and urge Honourable Home minister and the Prime minister to look into this matter and bring justice to the family. We also urge a compensation amount to be given to the family," it reads.

In another instance of targeting Sikhs, burglars broke into a Gurudwara in Srinagar and looted cash from the donation box and some valuables, official sources told UNI news agency on Saturday.

Condemning the incident, the All Party Sikh Coordination Committee (APSCC) sought swift action and arrest of the burglars, who have been caught on CCTV camera installed in the Gurudwara.

Official sources told the news agency that two burglars at around mid-night on Friday broke into the Kalvi Dhar Gurudwara at Jawahar Nagar in Srinagar.

"The duo looted around Rs two lakh cash from the donation box and some other valuables," they added.

"Police has registered a case and initiated investigation to ascertain the identity of the accused," they said.

APSCC chairman Jagmohan Singh Raina said the accused should be brought to the book immediately.

"Security should be provided to main religious places of all faiths, including Muslims, Hindus, Sikhs and Christians," he added.