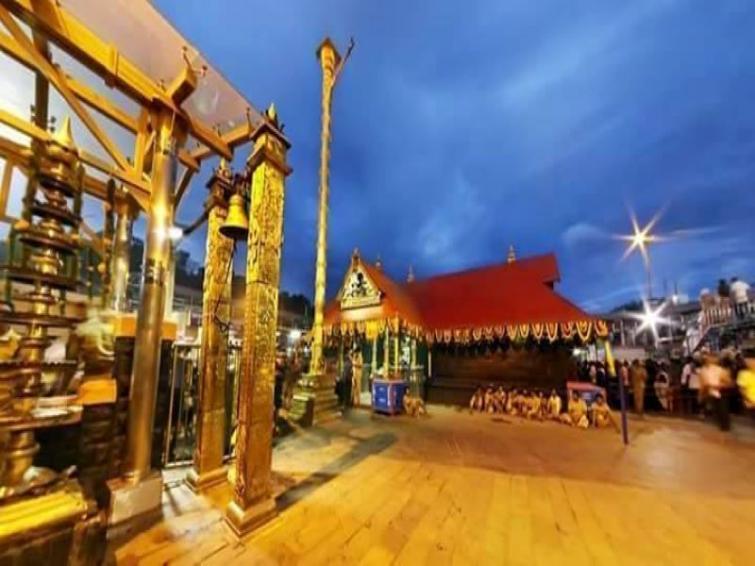 Kottayam/UNI:  As part of a one-day celebration of idol reinstallation anniversary the Ayyappa temple at Sabarimala was opened on Sunday evening.

Head priest A K Sudheer Namboothiri lighted the traditional lamp in the presence of Chief priest Kandararu Mahesh Mohanaru. No other rituals were performed on Sunday.

The idol reinstallation anniversary celebrations will begin on Monday morning.

Special rituals will be held on Monday prior to the pujas in the afternoon.

Routine pujas including Ganapathi homam, Usha puja, Ucha puja, Deeparadhana and Athazha puja will be performed as part of the celebration.

In the wake of nation-wide lock down various pujas in the temple have been cancelled.

Since restrictions have been brought in place for devotees, they will not be allowed for darshan inside the temple.