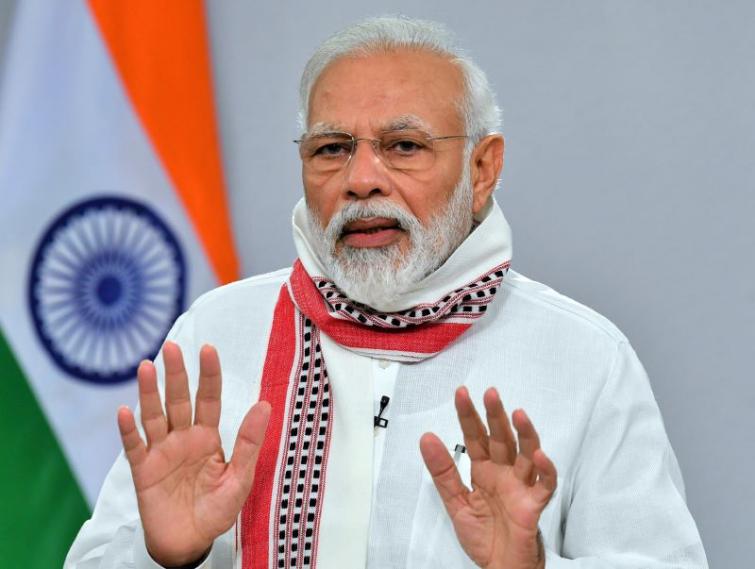 New Delhi/IBNS: In what could give a weapon to the Opposition to corner the government, the Prime Minister's Office has said PM Cares Fund, which was created by Narendra Modi to combat Covid-19, is not a "public authority" under Right To Information (RTI) Act.

According to a news report, in reply to an RTI application, the Prime Minister's office stated the fund is not a public authority under Section 2 (h) of the RTI Act.

The RTI application was filed by one Harsha Kandukari, a student at Azim Premji University in Bengaluru, on Apr 1.

In reply to another RTI application filed by one advocate Abhay Gupta, as Bar & Bench tweeted, the reply of the Prime Minister's Office was same.

As per Section 2 (h) of the RTI Act, "public authority" means any authority or body or institution or self government established or constituted by or under the Constitution or by any other law made by the Parliament or a State Legislature or a notification issued or order made by the central government or a state government.

Advocate Abhay Gupta had filed a RTI application asking for
1) the total amount deposited in PM cares account,
2) total disbursement details and
3) the person who has deposited the highest amount till date in the PM Care Fund. @PMOIndia @narendramodi pic.twitter.com/JcIKY4Knzd

Soon after the nationwide anti-Covid-19 lockdown began in the last week of March, Modi took to Twitter to appeal to people to contribute to the fund to fight the virus which has kept the country as well as the globe on edge.

Congress interim president Sonia Gandhi was one of the first politicians to object to the fund and had also asked the central government to merge it with the Prime Minister's Relief Fund.

Following the criticism of the Opposition for allegedly not using the money collected in the PM Cares Fund by the Centre to fight Covid, the Fund Trust earlier in May decided to allocate Rs. 3,100.

Out of Rs 3,100 crore, a sum of approximately Rs. 2,000 crore will be earmarked for the purchase of ventilators, Rs. 1000 crores will be used for care of migrant labourers and Rs.100 crores will be given to support vaccine development, the trust had announced.

The trust formed on Mar 27 is headed by the Prime Minister (ex-Officio) and other ex-officio members of the trust are Defence Minister Rajnath Singh, Union Home Minister Amit Shah and Union Finance Minister Nirmala Sitharaman.