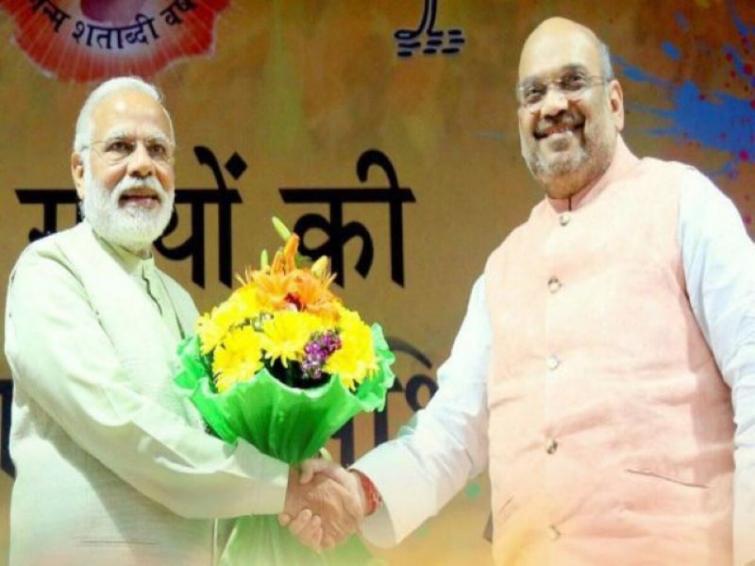 New Delhi/IBNS: Union Home Minister Amit Shah on Saturday said Prime Minister Narendra Modi, who took charge of his office for the second term on the same day a year ago, corrected several historic mistakes in the last six years since assuming power at the Centre.

In one of a series of tweets, Shah lauded his colleague saying, "Modi ji in the last six years has not only corrected several historic mistakes but also bridged gaps of six decades to lay the foundation of a self-reliant India moving on a developmental path."

The Bharatiya Janata Party (BJP), the outfit to which Modi and Shah belongs to, returned to power on May 23, 2019, defeating all odds against it and decimating the opposition.

Modi became the PM of the country for the second time with a multiple new faces in his government on May 30, seven days after scripting the historic win.

In the last one year barring the months of Covid-19 outbreak and spread, the present regime took multiple decisive steps and the first of them was the abrogation of Article 370 and 35A.

While many applauded the step with the Kashmiri Pandits eyeing a return to their lost lands as they were ethnically cleansed back in 1990s, several opposition parties were not happy with the action.

The Modi government faced massive criticism when it in December passed the Citizenship (Amendment) Act, which aims to provide citizenship to Hindu, Sikh, Christian, Buddhist, Parsi and Jain refugees who came to India from Bangladesh, Pakistan and Afghanistan before 2015.

Though the government was successful in passing the bill in both the houses of Parliament and also later brought the Act into force, the current regime faced stiff resistance from opposition political parties and several sections of the society,.

The critics of the Act had accused the BJP government of hurting the secular fabric of India by discriminating people belonging to the Muslim community.

Massive protests were staged across the country with even Muslim women agitating at Shaheen Bagh blocking the road in Delhi till the spread of the pandemic Coronavirus which has disrupted normal lives.

With all governmental works being in pause due to the virus, the Modi government is facing the biggest challenge in balancing the spread of Covid-19 and regenerating the country's battered economy.

As the BJP is celebrating one-year anniversary of its return to power, the country of 1.3 billion people is staring at an extension of the anti-Covid lockdown which commenced on Mar 24 midnight.

The fourth phase of the lockdown was due to end on Jun 1.