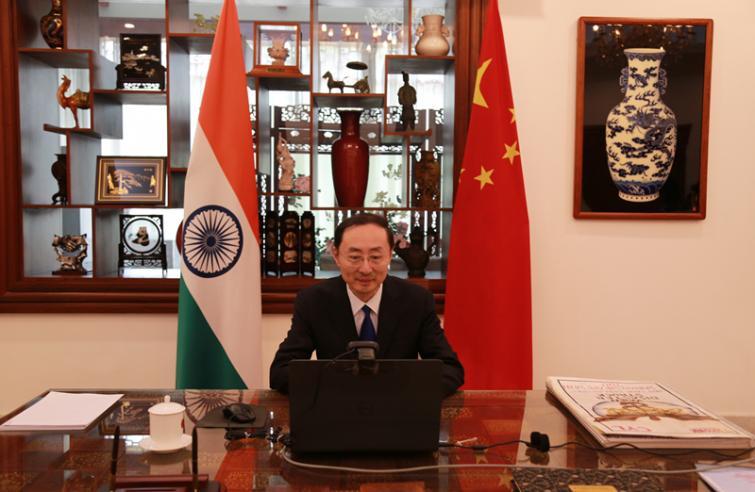 New Delhi/IBNS: Amid escalating tension between India and China along the Line of Actual Control,  Chinese Ambassador Sun Weidong on Wednesday said New Delhi and Beijing should never let their differences shadow the overall situation of bilateral cooperation between the neighbours.

During an online session of the Confederation of Young Leaders, the envoy said: "I hope that the youth of our two countries could realize the importance of developing China-India relations and deepen your understanding of the important consensus reached by our two leaders."

"We should adhere to the basic judgment that China and India are each other's opportunities and pose no threat to each other. We need to see each other's development in a correct way and enhance strategic mutual trust. We should correctly view our differences and never let the differences shadow the overall situation of bilateral cooperation," he said.

"At the same time, we should gradually seek understanding through communication and constantly resolve differences. From any perspective, China and India should be good neighbors of harmonious coexistence and good partners to move forward hand in hand," he said.

"The realization of 'Dragon and Elephant dancing together' is the only right choice for China and India, which serves the fundamental interests of our two countries and two peoples," he said.

Sun said China and India should strengthen practical cooperation in investment, production capacity and other fields, and expand the cake of common interests.

"China hopes to develop itself and India as well. The two countries should help each other to accomplish their respective goals and 'light up' each other," he said.

Meanwhile, US President Donald Trump on Wednesday offered to mediate between India and China over what he described as the 'now raging border dispute' between the two neighbours.

This comes amid rising tension between India and China along the Line of Actual Control (LAC), the de-facto border between the two countries.