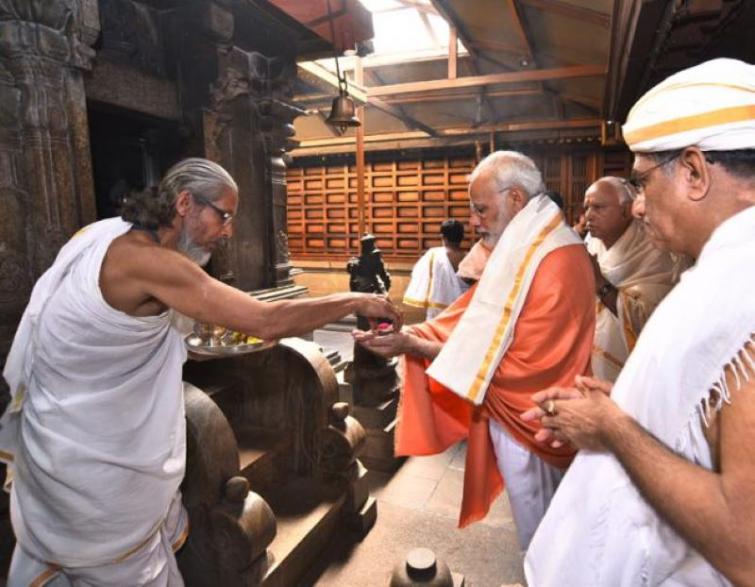 Bengaluru/IBNS: The BS Yediyurappa government in Karnataka has asked Prime Minister Narendra Modi to allow the reopening of all religious places, shut during the lockdown, in the southern state from Jun 1, media reports said.

"We have to get a lot of permissions before opening up, so let's wait and see. If we get permission, places of worship can open by June 1," said Yediyurappa.

However, religious fairs and gatherings will not be allowed.

Courting a row, Kota Srinivas Poojari, the Karnataka Minister for Muzrai, referred to only the reopening of temples and not mosques and churches while making the announcement, Times Now reported.

"Karnataka government has decided to open temples from the 1st of June. We will issue a standard Operating Protocol (SOP) that will have to be followed. Necessary arrangements will be made by 31 May," said the minister.

Muslims celebrated EId-ul-Fitr amidst lockdown without visiting mosques, the pandemic is claiming several lives, does your decision mean Hindus are immune to COVID-19?. If a decision to open temple is taken, so should mosques and churches."

The fourth phase of the nationwide anti-Covid-19 lockdown is due to end on Jun 1.

Modi had announced the lockdown on Mar 24 to stem the spread of the pandemic virus.