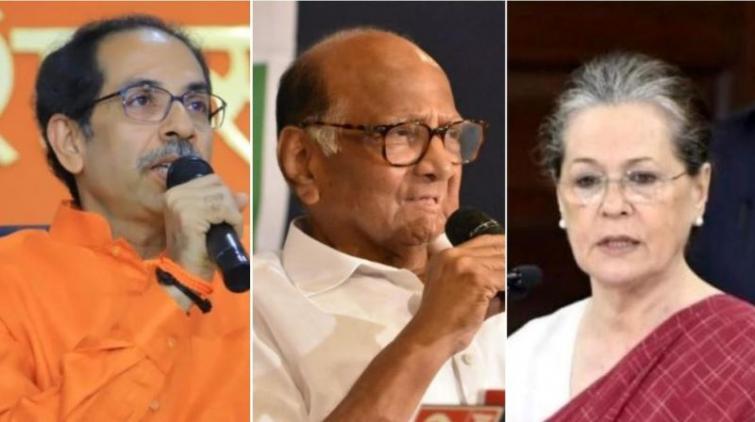 Mumbai/IBNS: Maharashtra, which is already reeling uder the surge in Covid-19 cases, is staring at a political crisis once again as reports of a possible rift in the Maha Vikas Aghadi government gained ground with Chief Minister and Shiv Sena supremo Uddhav Thackeray meeting his alliance partners on Wednesday.

The speculation, whether or not it carries much substance, has drawn attention following a series of alliance meetings including one between Thackeray and Nationalist Congress Party (NCP) chief Sharad Pawar.

However, the veteran politician denied any possibility of the break in the alliance which is run by ideologically-opposite parties Sena, NCP and Congress.

"But there is no threat to the Maharashtra government. All MLAs are with us, any attempt to break them at this time will result in the public beating us," Pawar had added.

Trying to portray an "all is well" picture, Sena MP and spokesperson Sanjay Raut tweeted few days ago, "Well ! @BSKoshyari is elder to me so this namaskar , otherwise we had good interaction , I told him not to worry, our MVA government under leadership of @officeofUT is running fine."

Well ! @BSKoshyari is elder to me so this namaskar , otherwise we had good interaction , I told him not to worry, our MVA government under leadership of @officeofUT is running fine pic.twitter.com/ILPeFzlQ4q

The speculation gained momentum even more after Congress MP Rahul Gandhi, who is known as the second most important leader in the party after chief Sonia Gandhi, in a Zoom video said, "If there is government in Maharashtra, the BJP's job is to oppose it. It is not a fault to oppose.

"If the BJP wants to raise questions constructively, it should do. Raising questions actually leads to benefits. The government can learn from it. But there is a big difference between constructive opposition and imposition of President's rule by destroying the democratic structure."

Watch this video to see how paid media distorts the truth to serve their masters and distract attention from REAL issues. pic.twitter.com/i0pHwnbtvk

The opposition BJP, led by former Chief Minister Devendra Fadnavis, has been relentlessly opposing the Thackeray government over its handling of the Covid-19 situation in the state.

As of now, Maharashtra, which has reported 54,758 cases including 1,792 deaths so far, forms one-third of the total Covid cases across the country.

After weeks of political drama, the Sena, NCP and Congress had come together to form the government last year after the single largest party BJP refused to its then ally Sena's demand of 50:50 power share deal including rotational Chief Ministership.