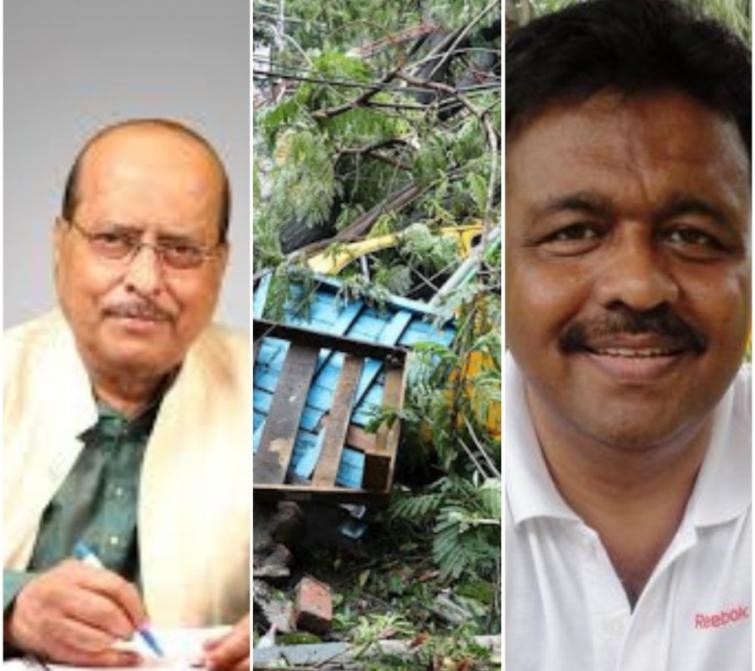 Speaking to media, Pandey said, "Firhad Hakim should have prepared enough when the alert for the cyclone was sounded. Now he cannot say 'enough is enough' and put the blame on the CESC officials."

Pandey is a senior leader of the Trinamool Congress which also runs the Kolkata Municipal Corporation.

Targeting Hakim, he said: “There are more than 140 wards in Kolkata but KMC has only 25 cutters. There should have one cutter in each ward. It is unfortunate that KMC didn’t have this preparation."

He also criticised Hakim for not discussing the situation with the MLAs well in advance.

"Meanwhile the municipal commissioner Khalil Ahmed was transferred. He was a good officer. Despite getting the warning at least five days in advance, the KMC’s administrator never discussed the matter with Kolkata’s MLAs. The administrator could have called us and asked for our opinion when the warning came. He never did that,” said he.

Over 80 people in the state have lost their lives.

As per the state's request, the central government on Saturday deployed five columns of Indian Army to manage the post-Amphan situation.

On the other hand, common people have been protesting against the state administration for no restoration of electricity even days after the cyclone had hit the state.

However, the Calcutta Electric Supply Corporation or CESC, which provides electricity in the households of Kolkata, is not under the state government.

Though electricity in several houses have been restored, people in large parts of the city are still without power supply.